In the morning we went to the campsite swimming pool, then after food, we went for a wander around the town. 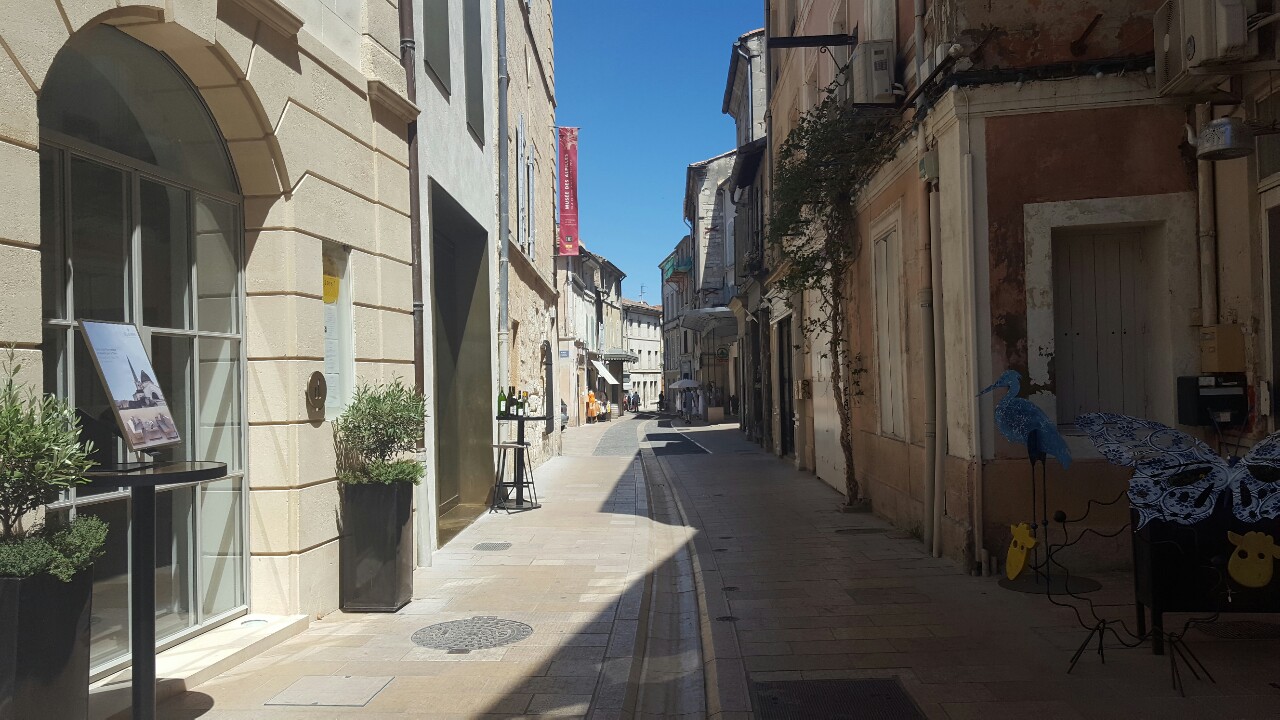 We found out that Saint-Rémy is the birthplace of Nostradamus, a famous oracle from the 1500’s. In the town there’s his house and a fountain in his name. 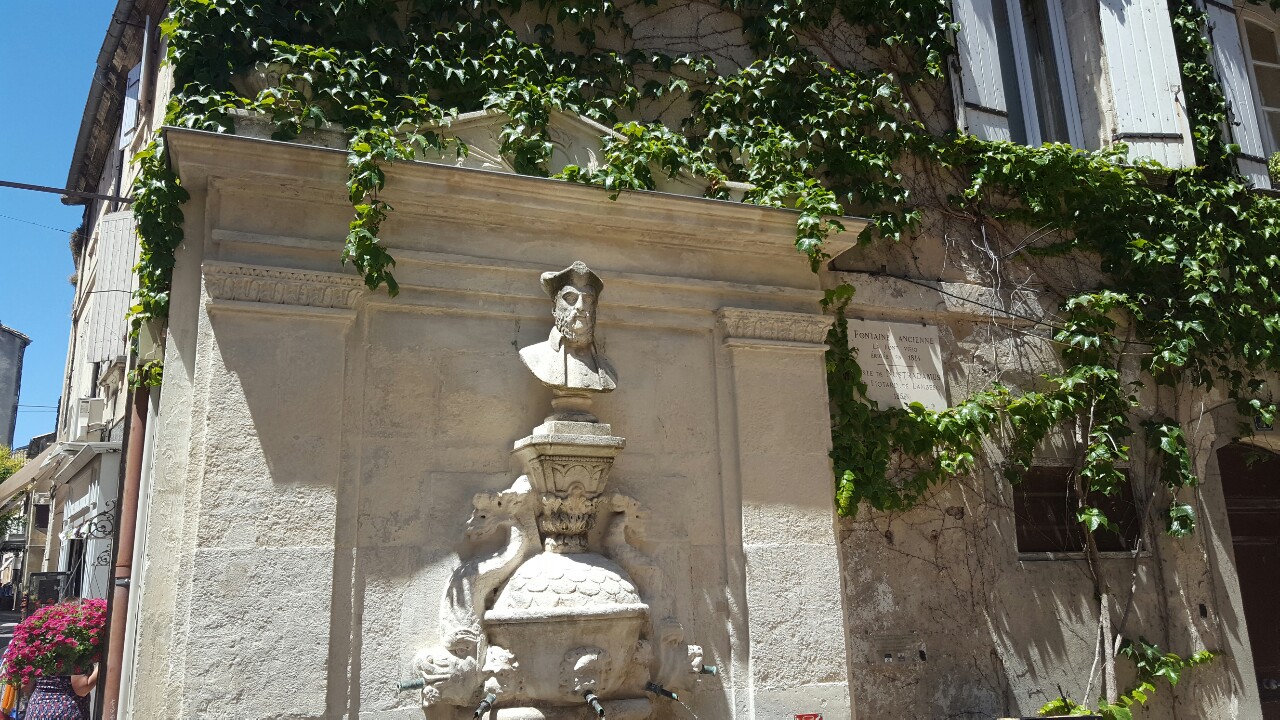 Later we had some food and cocktails at a little bar and also managed to find some decent internet to get Game of Thrones!

We left Saint-Rémy and drove down the coast towards Nice. We checked out a few campsites in a place called Antibes, but the whole area looked run-down, so we headed in land instead and found a good family run campsite near a place called Vence.

In the campsite we cleaned up the van inside and out, which was well overdue! There were loads of mosquitoes in the area, which was annoying, both of us got bitten during the night so we decided to buy fly nets and spray the next day.

There was some rain in the morning for a change, it didn’t last very long. 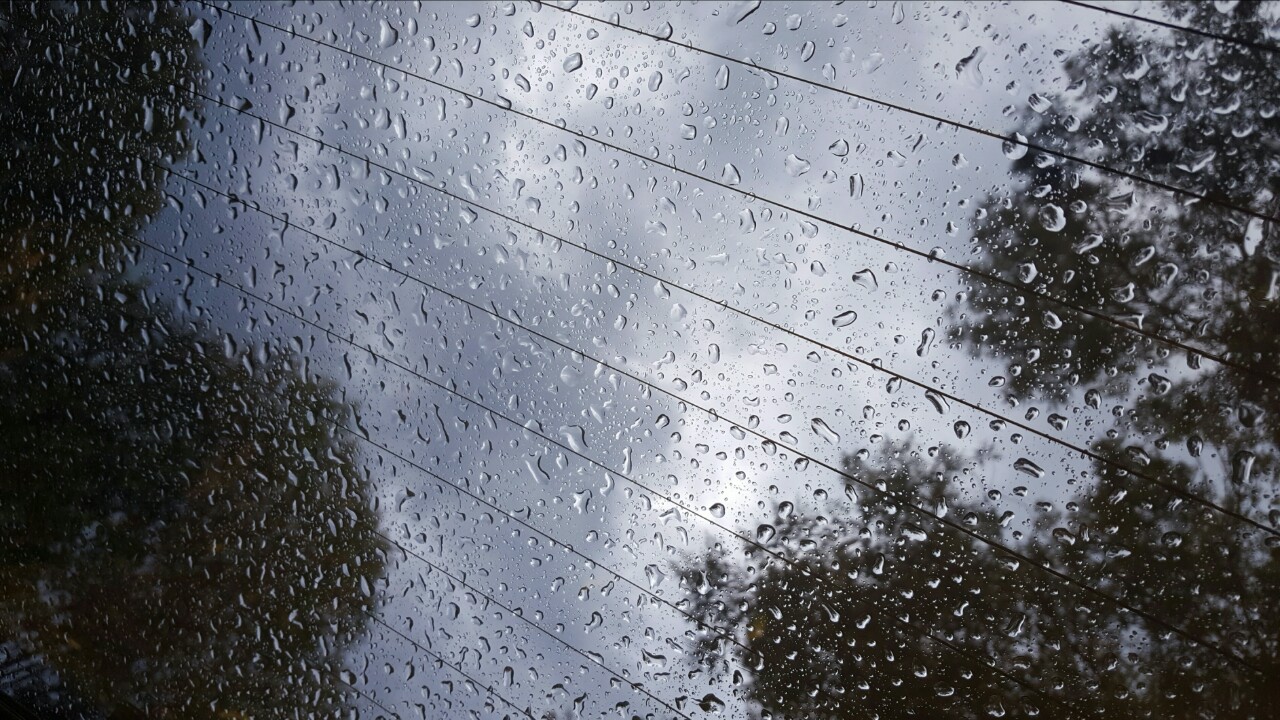 We headed to the supermarket to get some mosquito nets and repellant. In the afternoon we went to Nice; it was super cool. It sort of looked like how I’d imagine Miami, with a long busy beach, palm trees and fancy casinos and restaurants.

We drove around for ages looking for somewhere to park, eventually were lucky enough to find a little space right on the sea front. 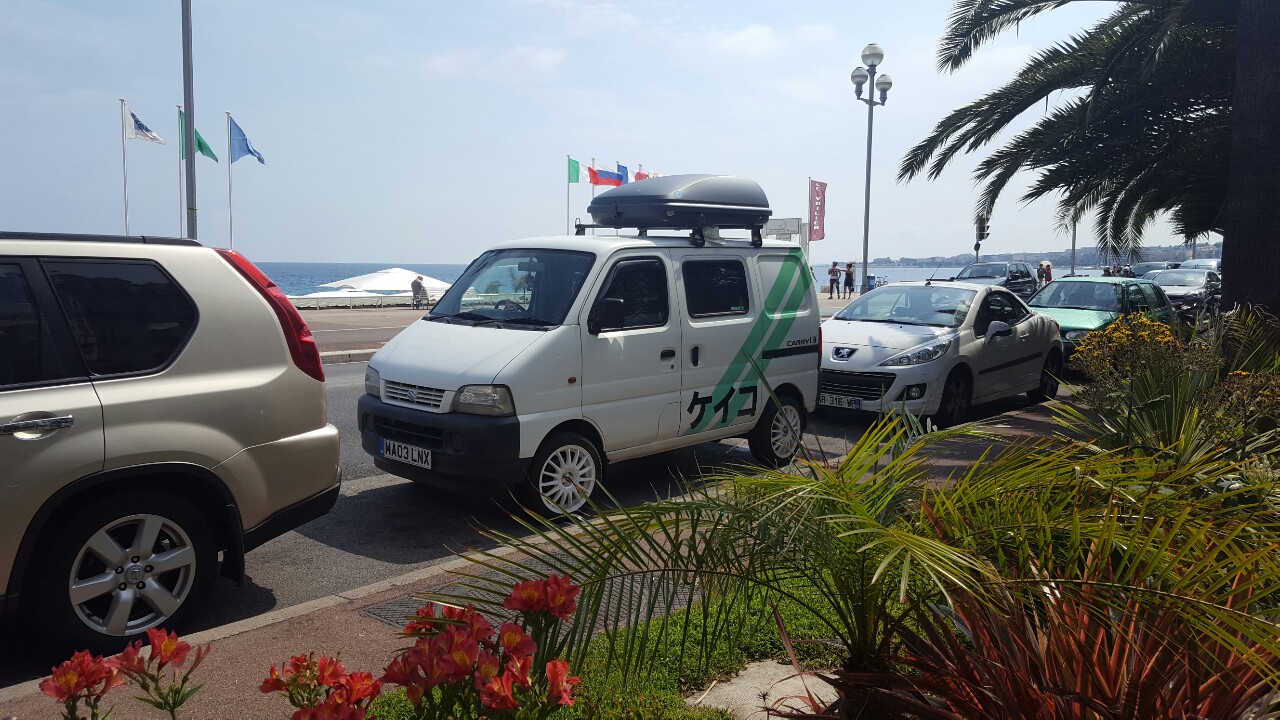 We got some Ice cream and walked around some of the streets and along the seafront. We ended up walking right down to a place called Vielle Ville (Old Town) where we stopped to get an ice coffee, but it was pretty lame because it came with no ice or milk!

Walking back down the coast, we saw loads of football stuff for the Euros, including a little 5 aside pitch where some teams were playing. 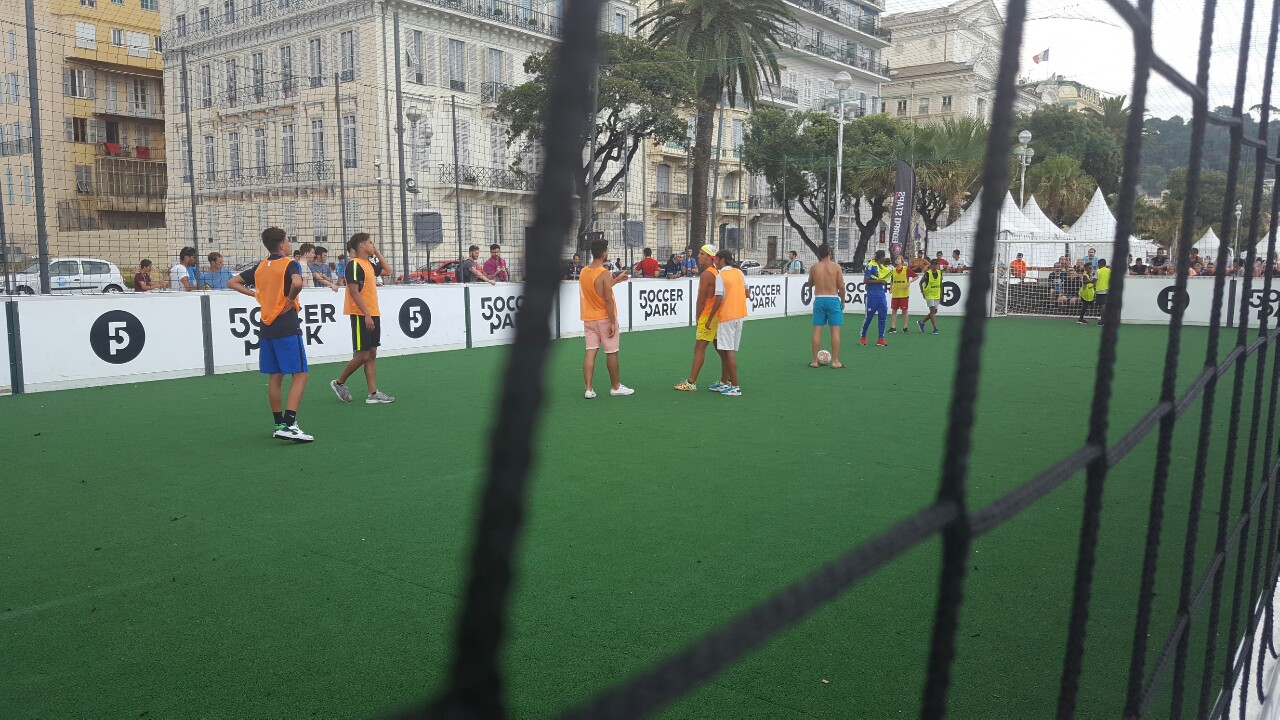 We ended up setting off quite late in the day, as the reception for the campsite only opened at 4pm. The drive through the Alps was the best drive of the trip so far, the views were amazing. 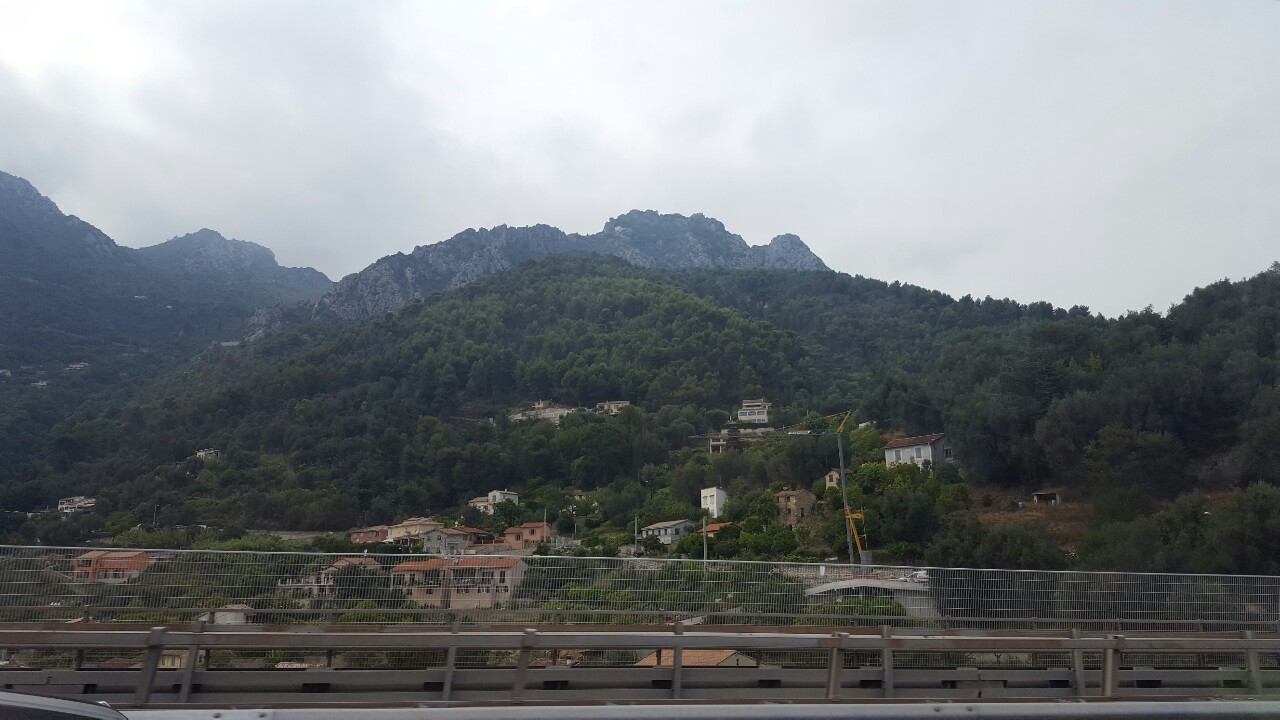 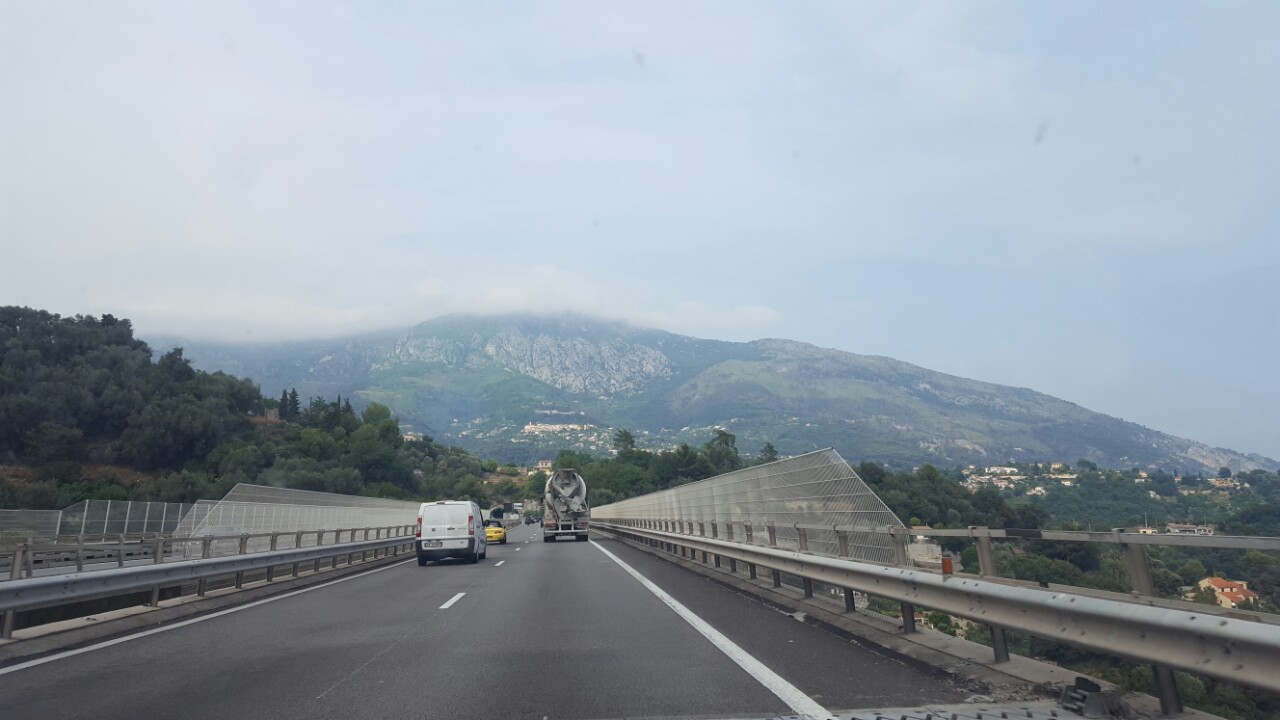 We crossed the Italian border fairly late in the afternoon. As we started to pass the towns you could see that even the buildings were different from the ones in France. 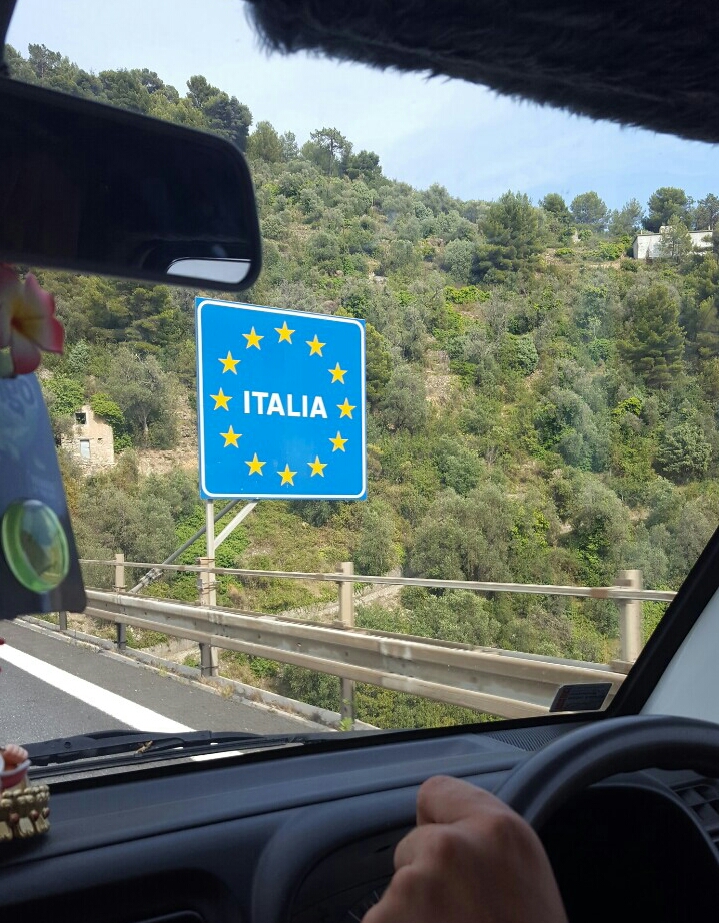 We had a wander around the campsite, it was a strange layout, sort of like a steep winding road on a hillside. Our pitch was really good, we were parked right on the edge of the road and had an amazing view of the sea for miles, we could see boats, yachts and cruise ships going by all day. 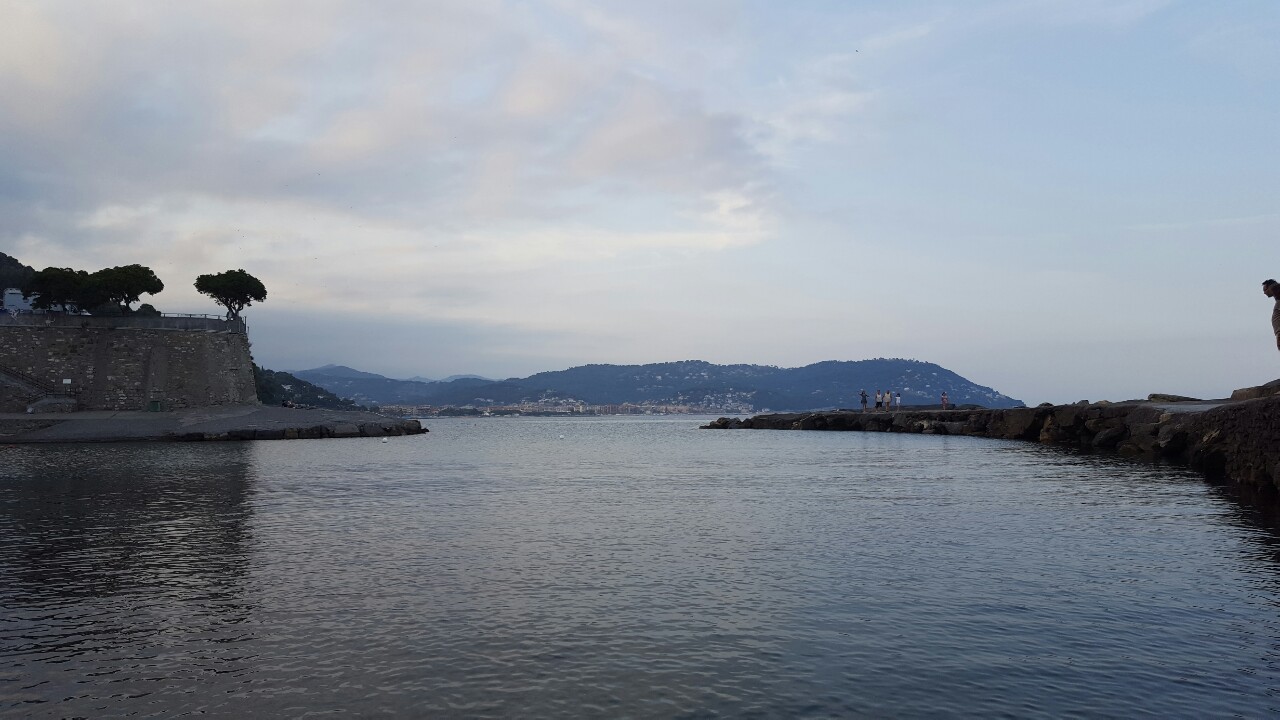 We went down to the cafe on the campsite and met a friendly Italian guy. He made a real effort to make us feel welcome and tried his best to speak English too. The pizza he made us was amazing, made by hand in true Italian style. 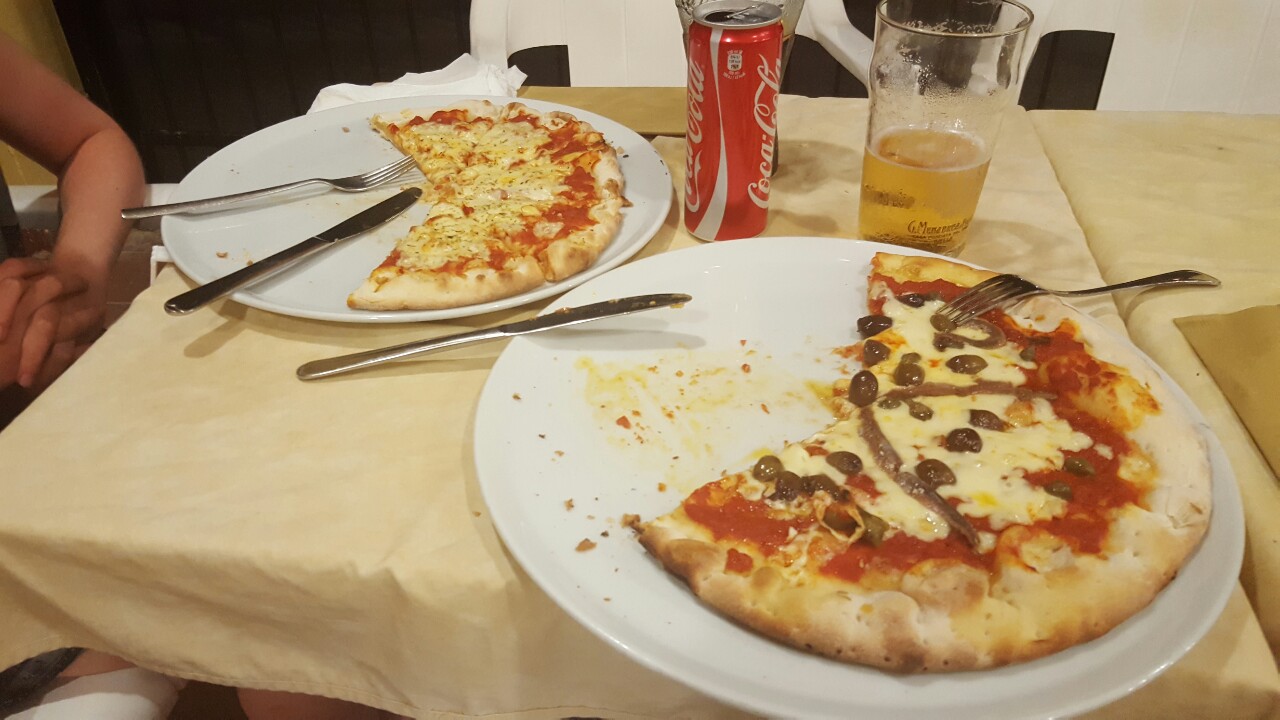 When we woke up in the morning the view was amazing, the sun was just coming up over the sea and you could hear the waves. 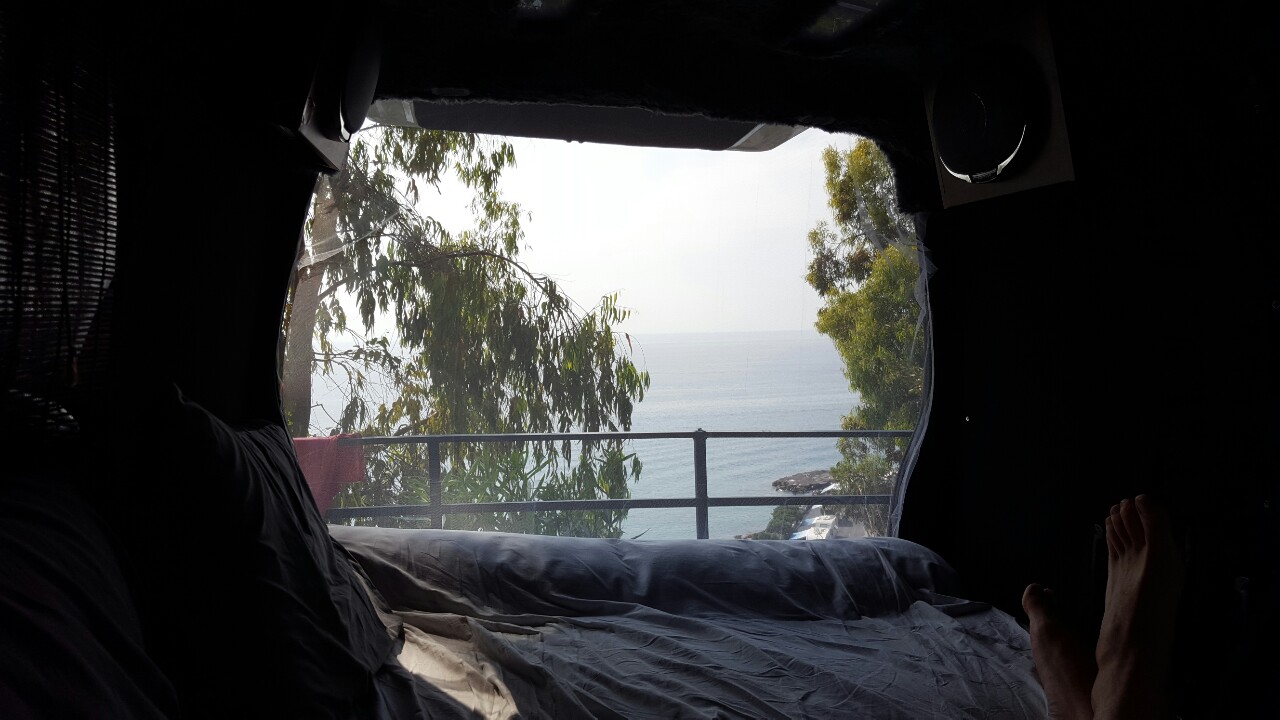 We had a drive into Andora town, we got some food from the shop and sat at the beach watching some volley ball players.

Something I noticed in Italy, there’s these cool little retro fiats and piaggios everywhere! They are sort of like the equivalent to the old Mini in the UK. 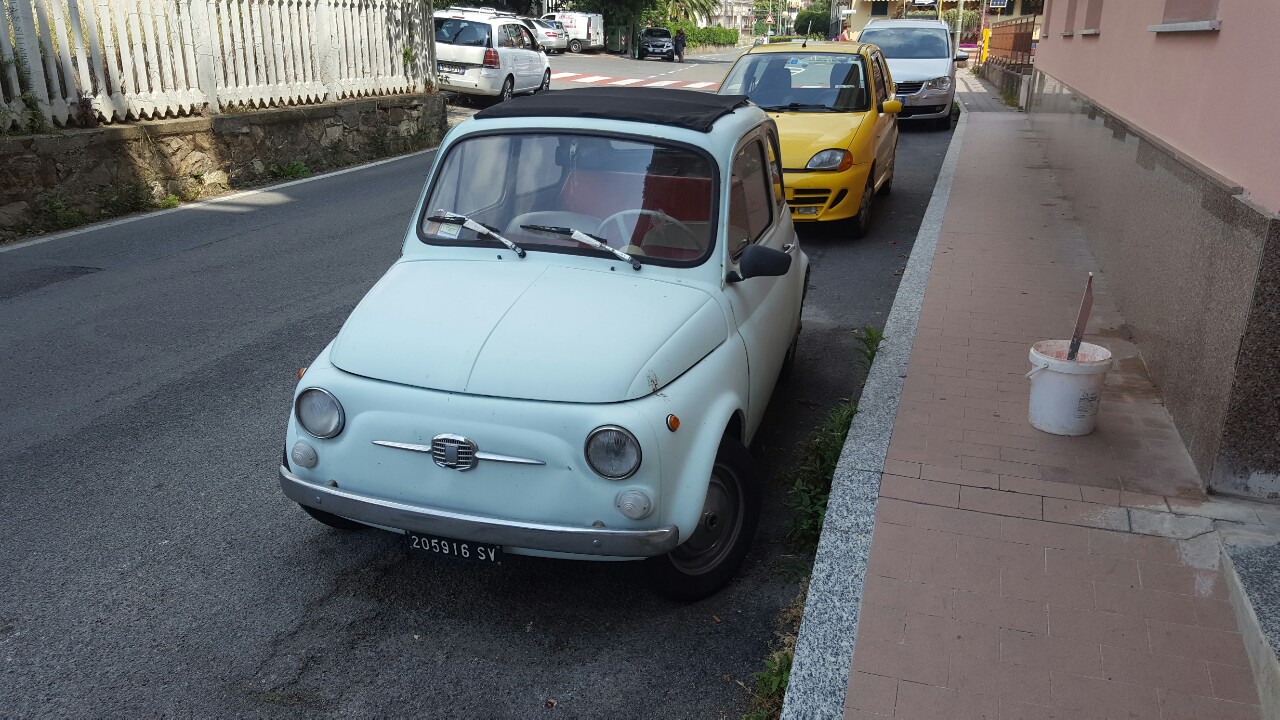 When we got back to the site we went for a swim in the sea, the water was warm and helped relieve the mosquito bites! We stayed for a while and wrote some post cards on the rocks.

We decided to order a takeaway pizza and it was delivered to the van at the campsite by an Italian man on a little scooter. We stayed up late and as we were having our pizza, a snake slithered right under the table and past my feet, it disappeared into the plants just by the van. You can just about see it’s tail in the photo. 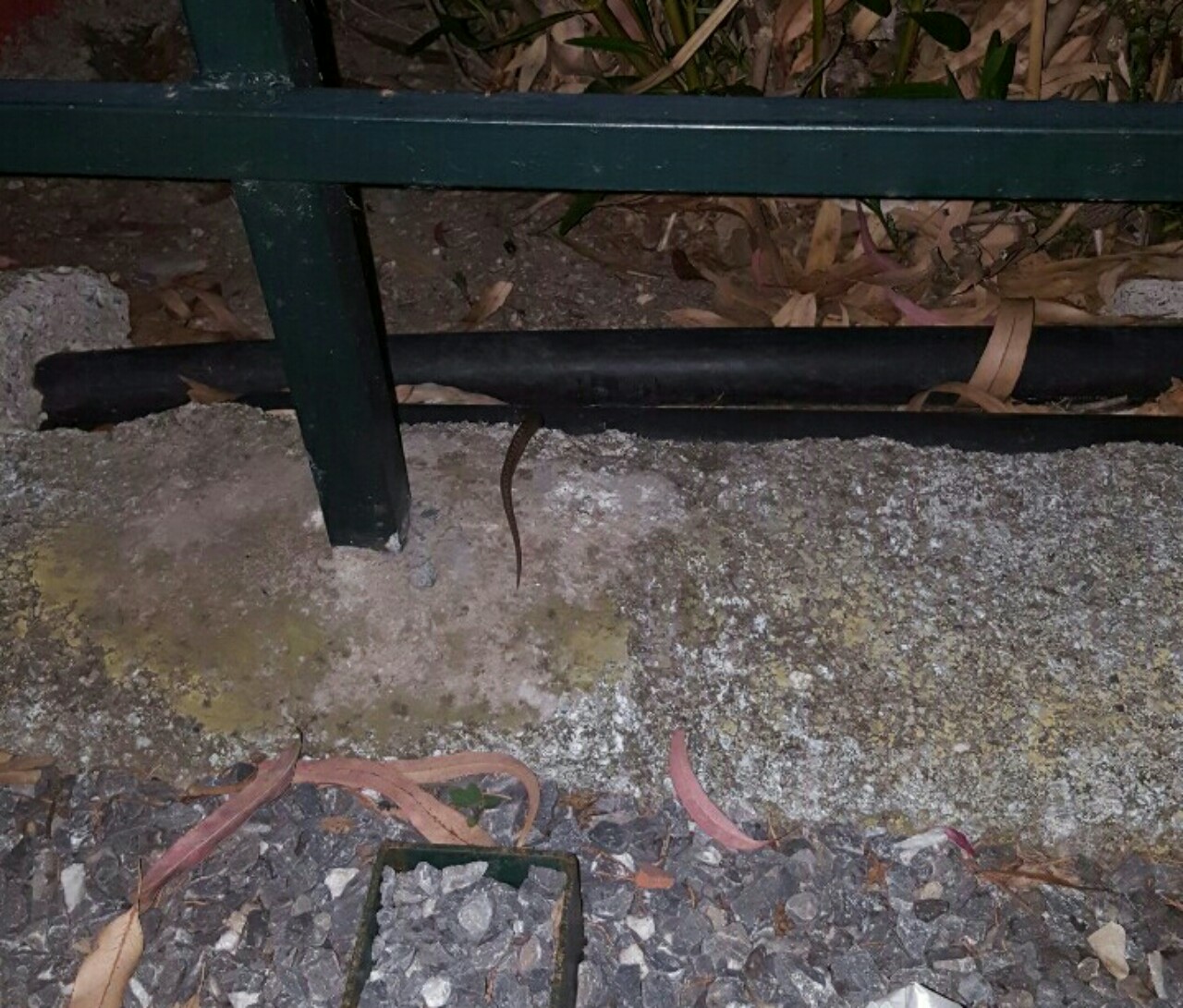 The next day at Capo Mimosa we had a change of plan and decided to go to Venice instead of Milan, as it was only a 4.5hr drive from where we were.

We listened to The Kinks Greatest Hits along the way and saw some really cool little Italian cars, classic Fiat 500s and a little convertible green car. 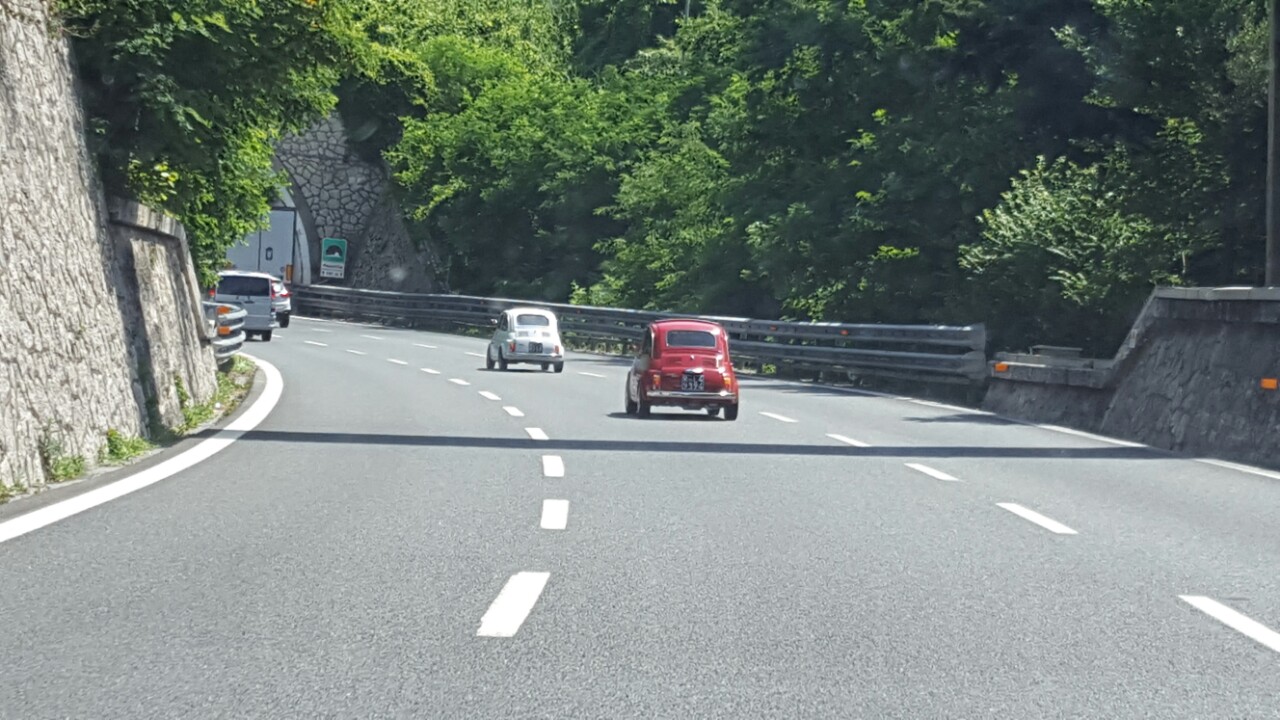 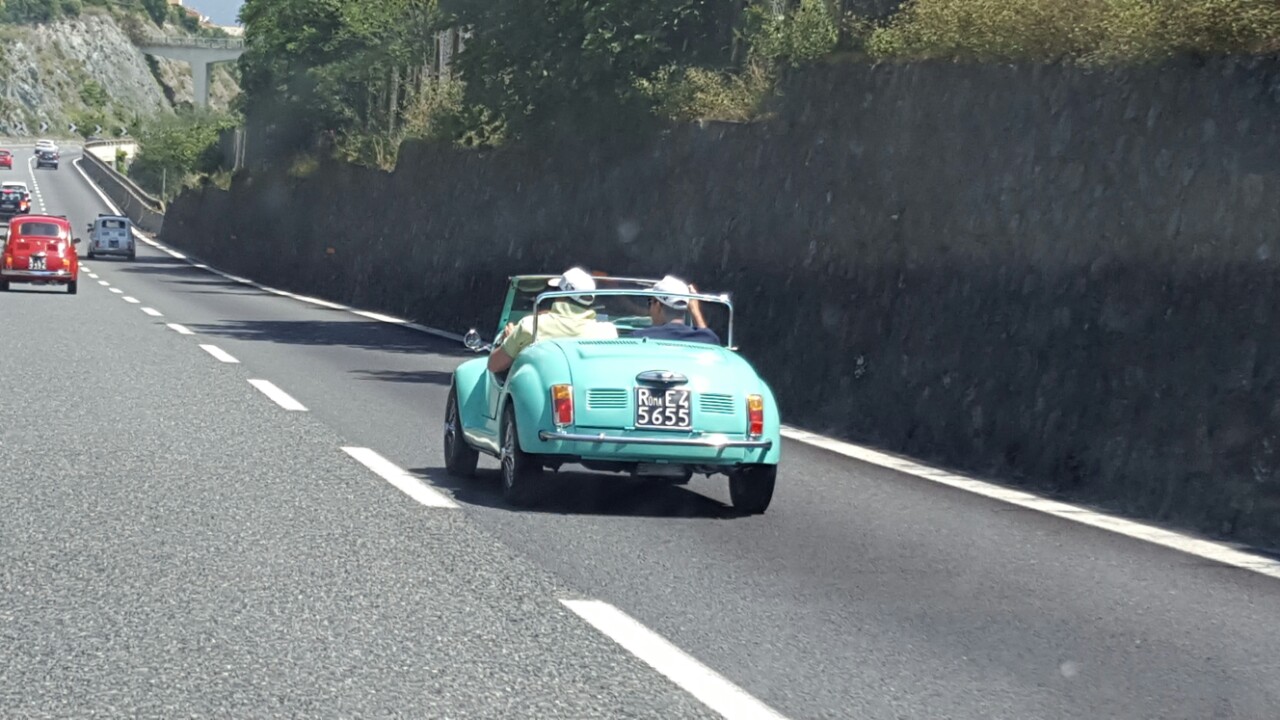 We stopped at a service station and I found this blue Fanta, it looks like a special Italian version of Fanta, it tasted a bit like it has elderflower in it. 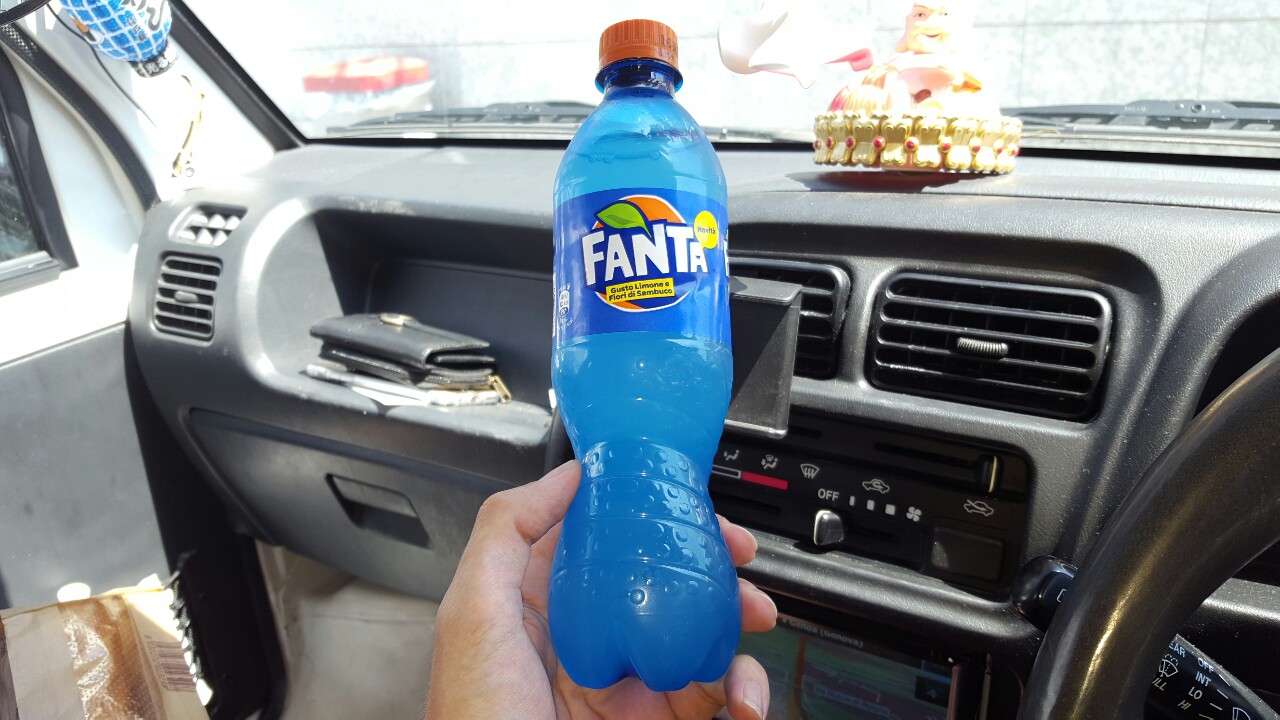 I noticed that our drive across Italy would take us past one of the northern Italian lakes, which i’d been wanting to visit, so we stopped there on the way.

We ended up finding a really nice campsite right by the lake, which would normally have been really expensive. The woman at reception offered us a tiny pitch that wasn’t even on the map, at a discount price, perfect for Keiko though! 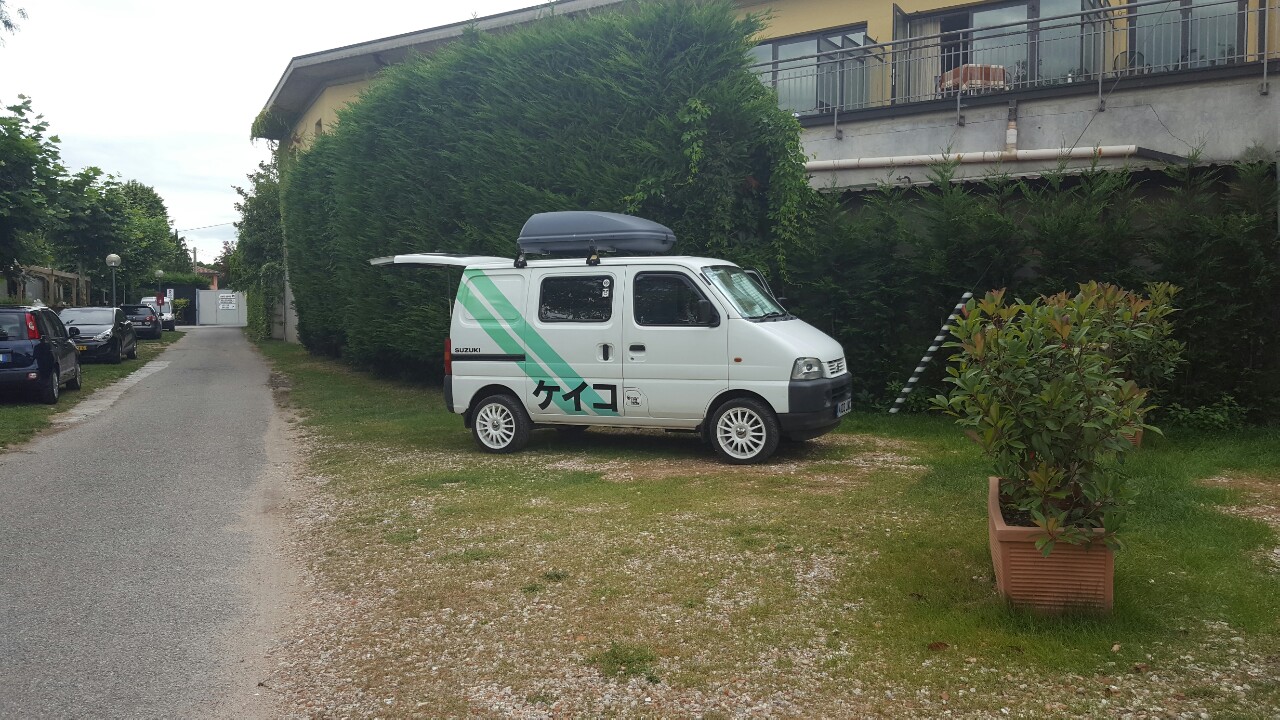 That evening we went swimming in the lake, it was clear water and we saw a big fish darting about! The sunset was amazing across the lake, the rays of the sun were spread right across the water. 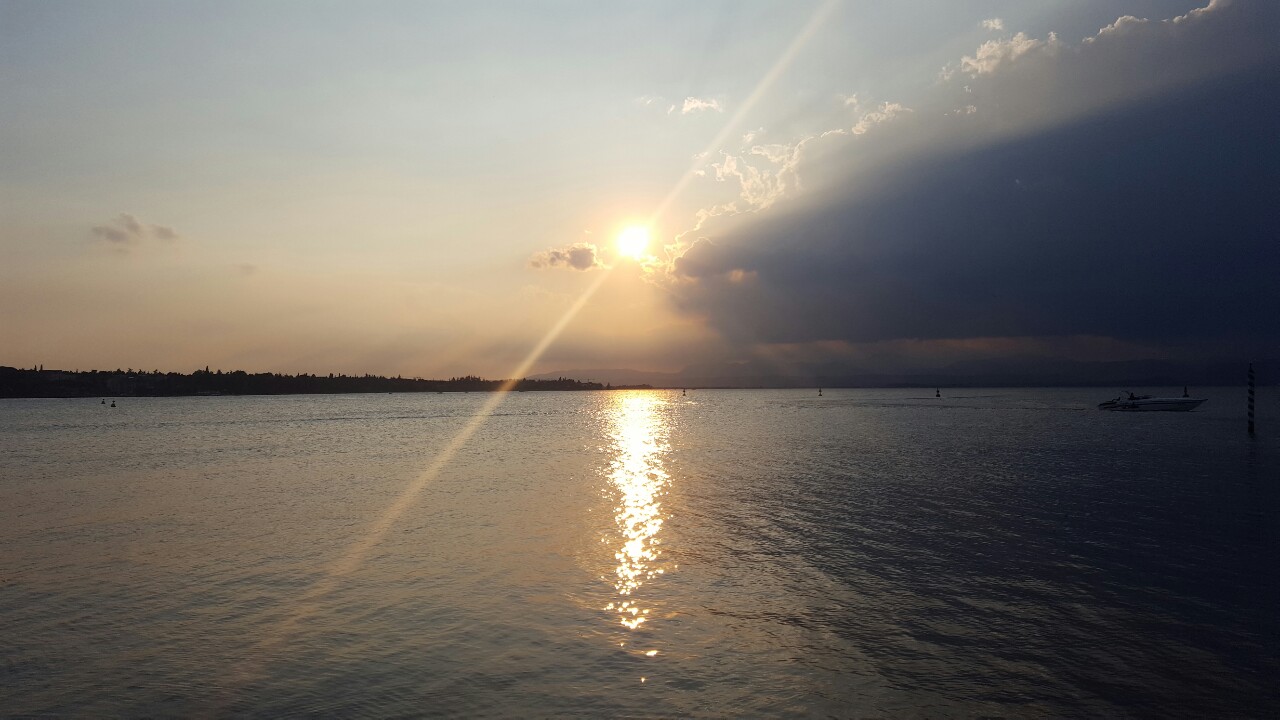 There were some nice looking restaurants near the campsite but we headed further away and found a really good hotel and restaurant just up the road. It was called Locanda Dogana and everything about it was great. It had a cool little ravioli shape for the logo, the interior was modern and neat, the mojitos were made properly and not with syrup like most places. The food we ordered was all made fresh from scratch, including the pasta and it tasted so good.

We had a sweet time and plan to return one day in the future if possible. 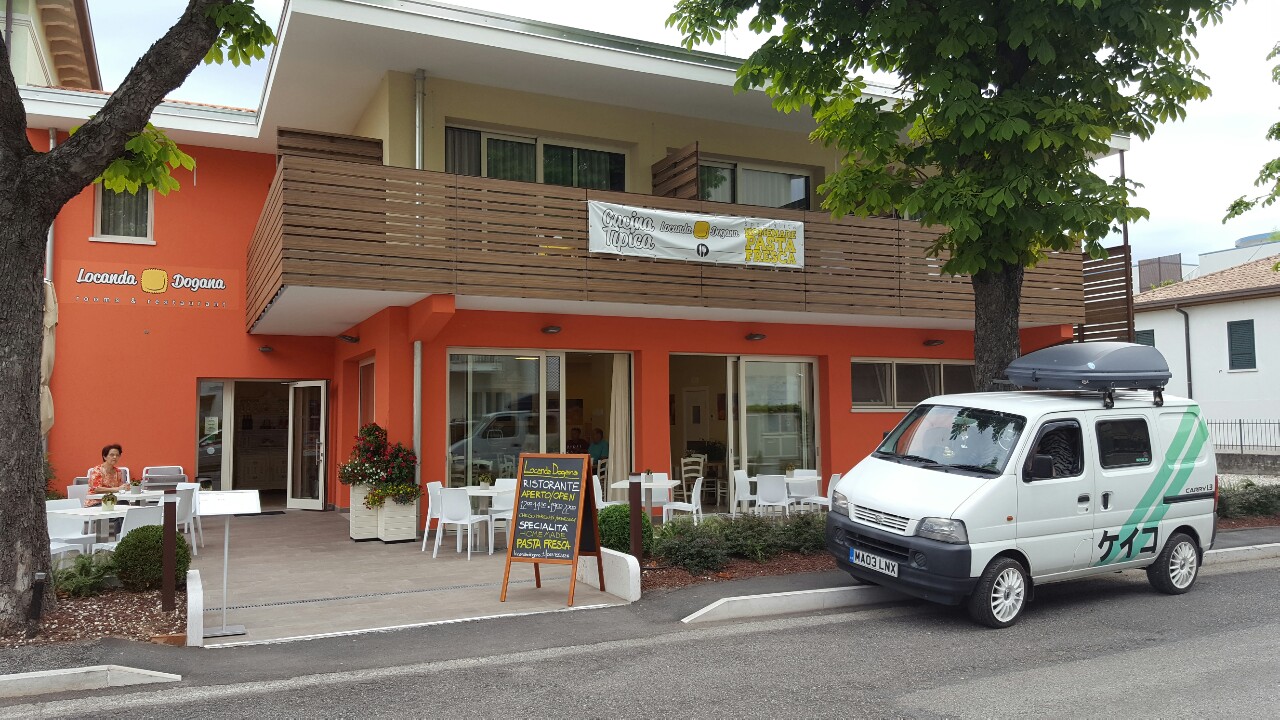 We got up early in order to drive over to Venice, on the way I tried to name all 151 of the first gen Pokémon to pass the time… I was about 20 short of getting them all!

We arrived at a campsite just outside Venice where we parked the van and caught a bus into the main part of the city on the water.

Just as you’d imagine Venice was beautiful, but it was also a like some kind of labyrinth. 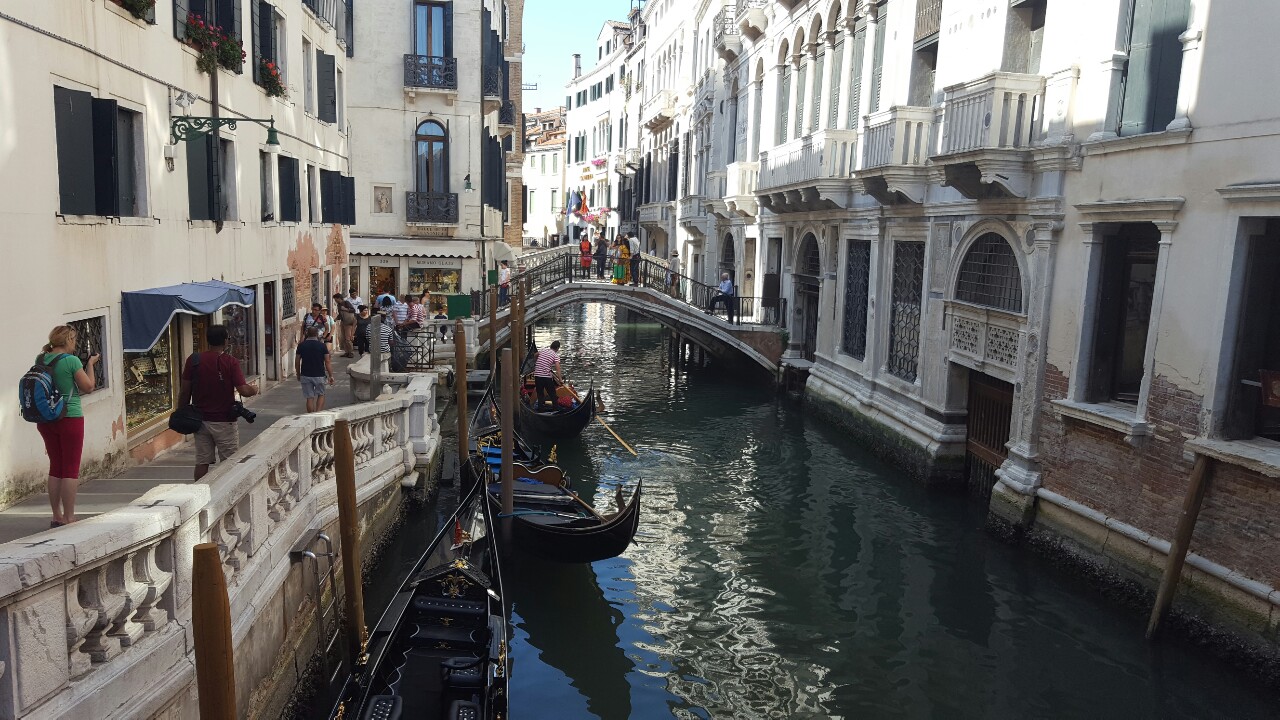 We walked round the city and saw the canals and gondolas and visited San Marco. We crossed the most famous bridge in Venice; Ponte di Rialto, it was really busy. We got Italian ice cream; Bacio (hazelnut & dark chocolate) and pistachio, it was delicious. 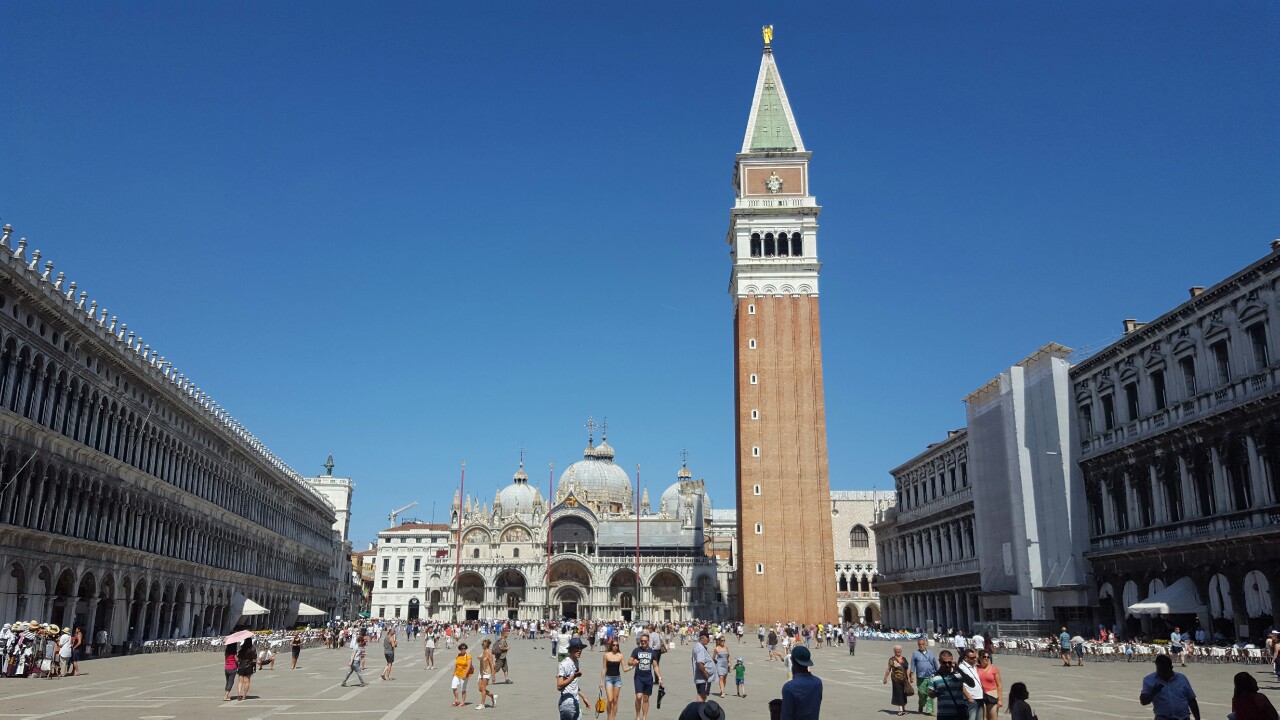 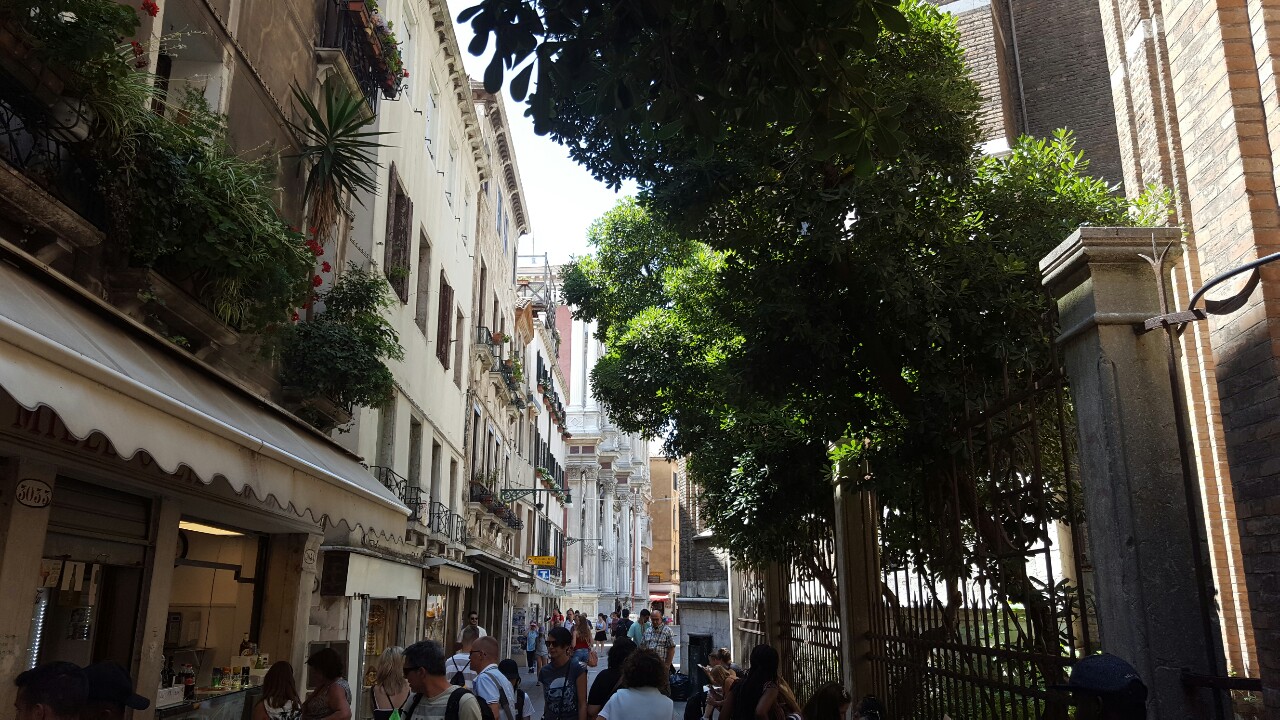 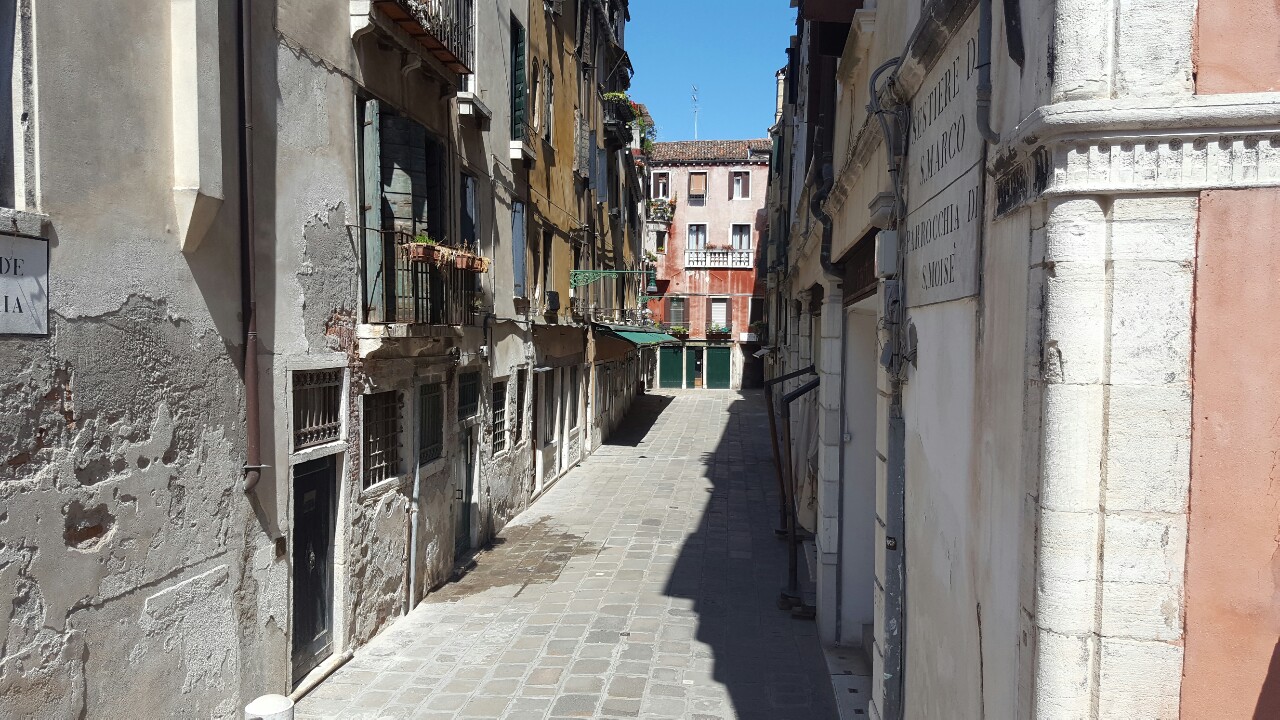 We walked around and got lost in the maze. We made our way right across the city to a walled off area that is some kind of military shipping yard. 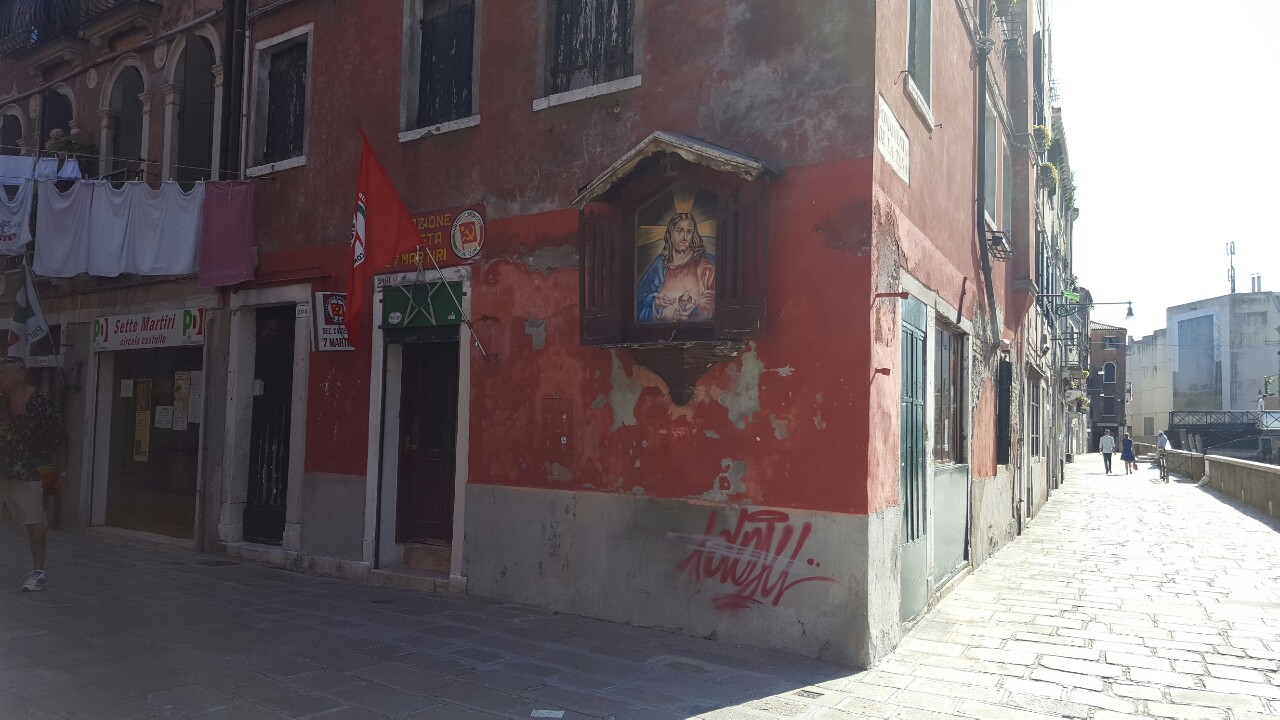 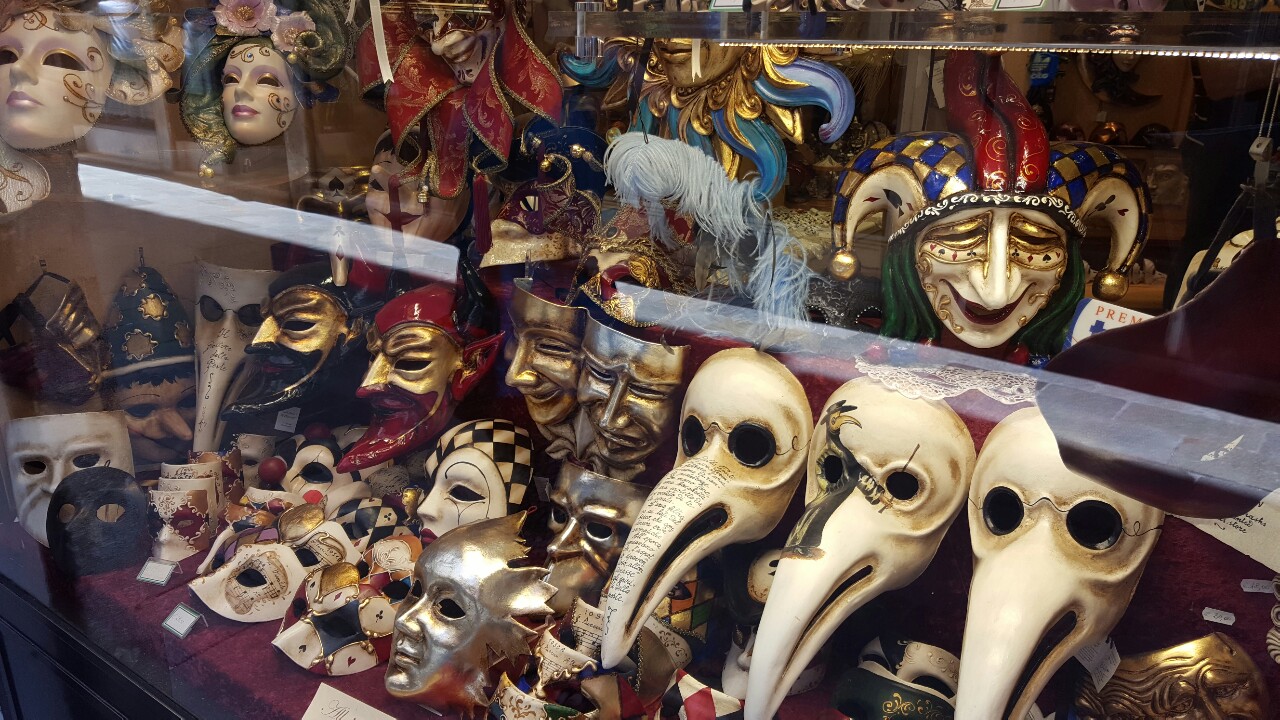 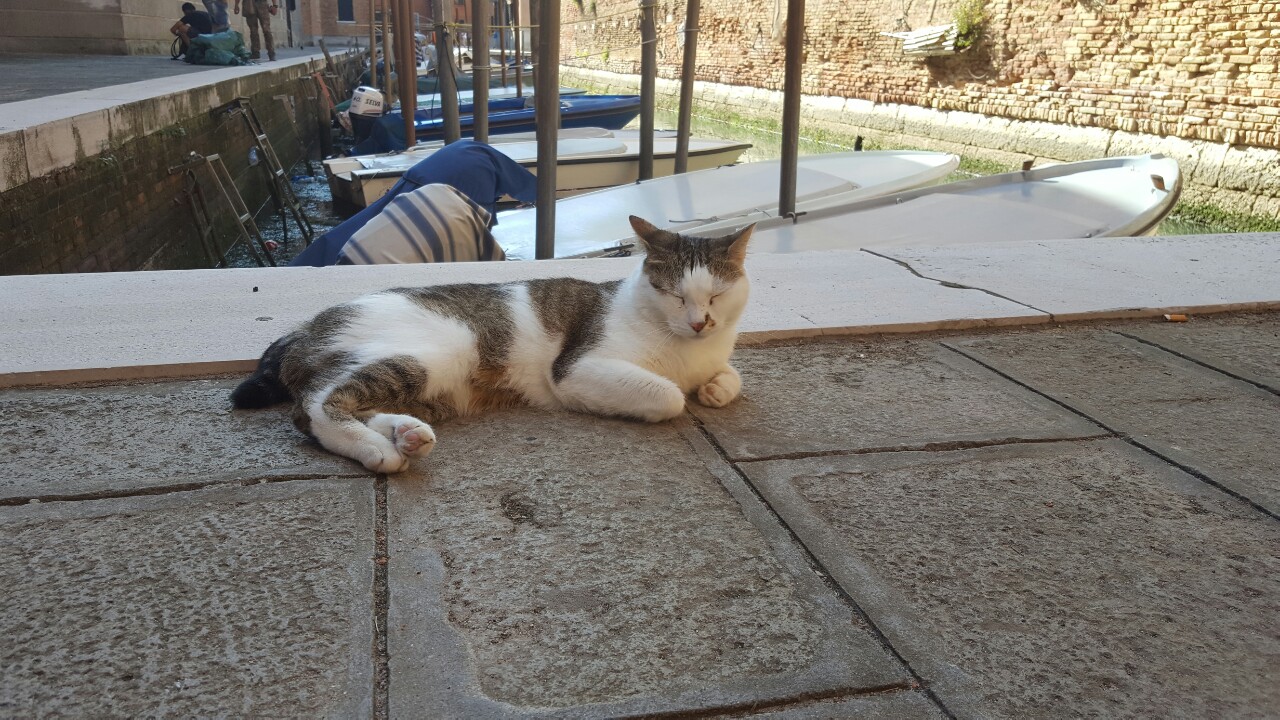 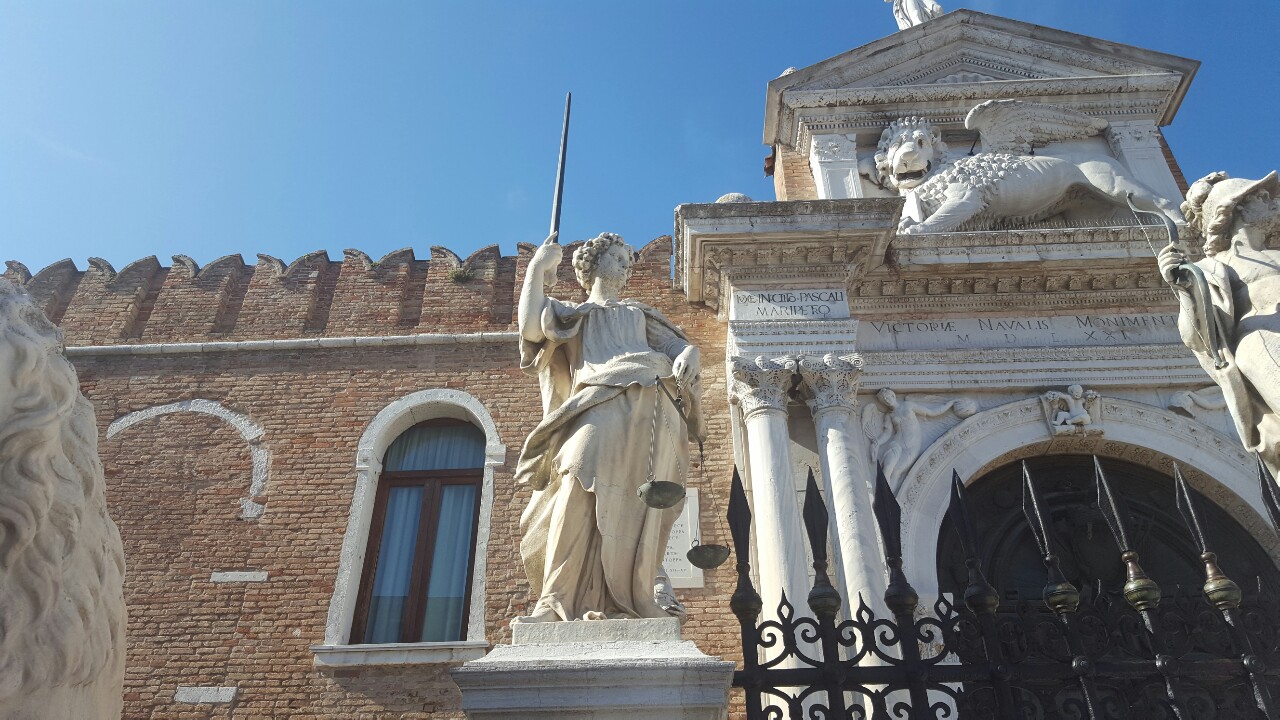 This T-shirt pretty much nailed it.

When we eventually found our way out, we stopped for some pizza and pasta then headed on to find some real Italian tiramisu, but didn’t manage to find any.

We made our way back to the bus stop along the Canale Grande and finally escaped the maze of Venice. 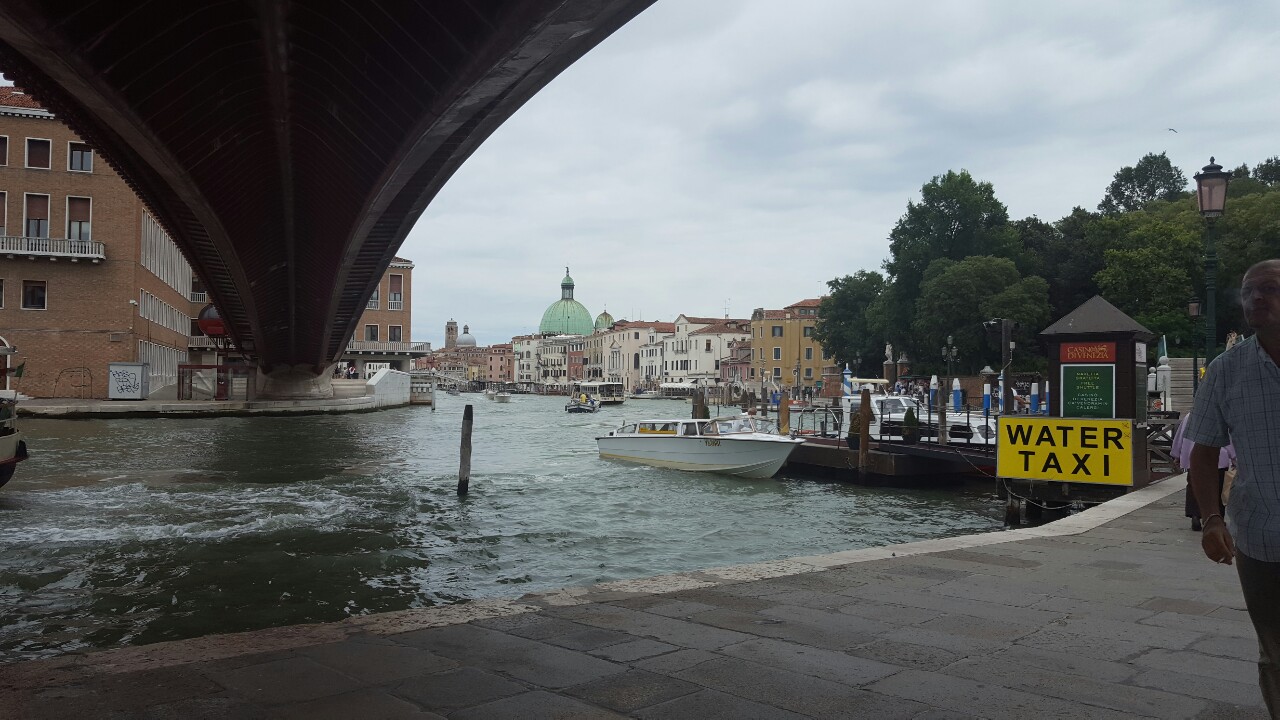