Following our stay in Venice we decided to drive right up into Austria, through the Alps again.

The mountains grew bigger and bigger as the drive went on, it seemed like there was a always a bigger mountain behind the last. The motorway took us through tunnels and through deep valleys until we eventually arrived at the west Austrian city of Innsbruck. 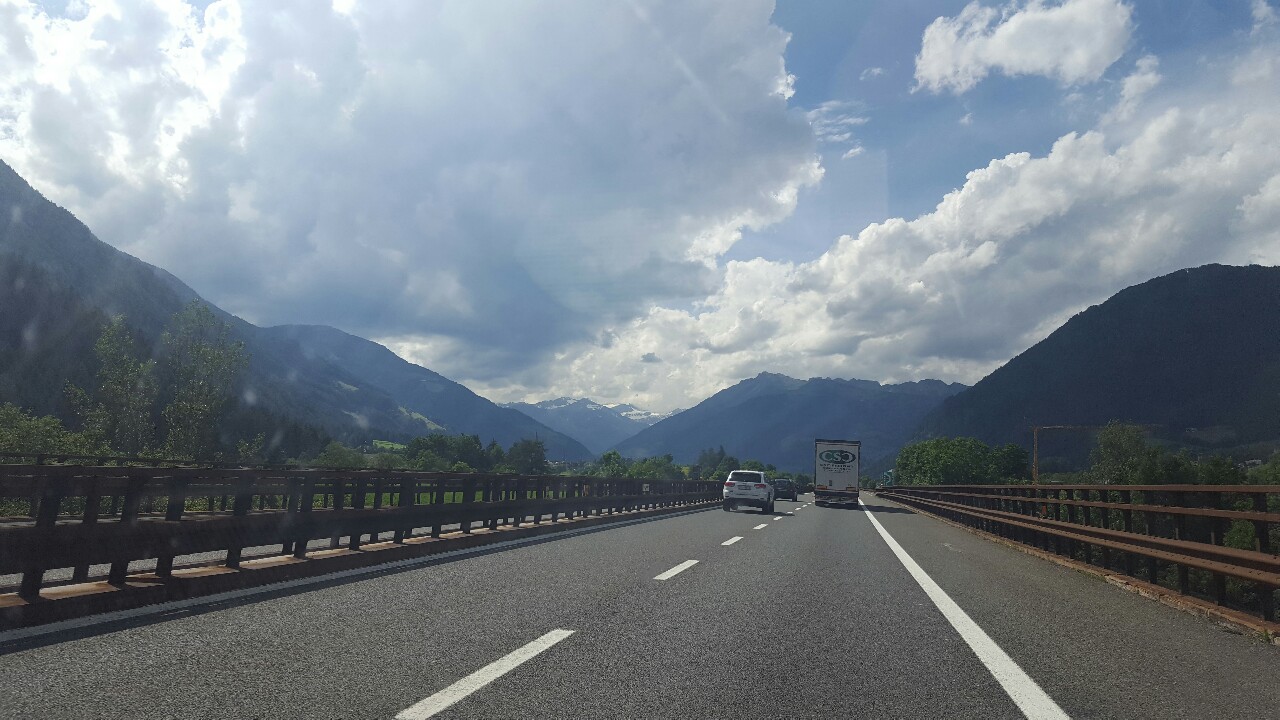 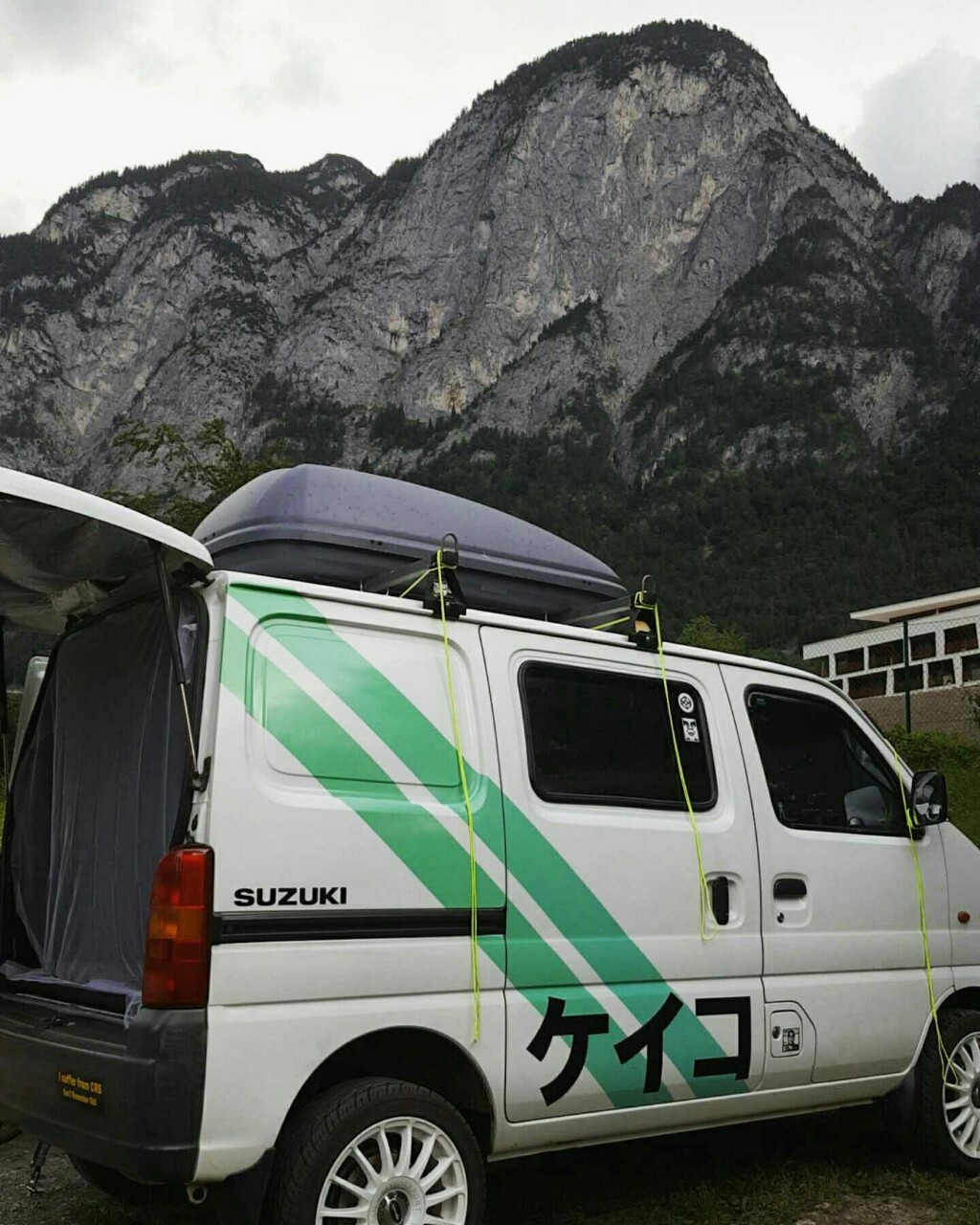 We found the Austrian version of Aldi, called Hofer to buy some supplies. Inside they sold red eggs, and special Austrian M&M’s. 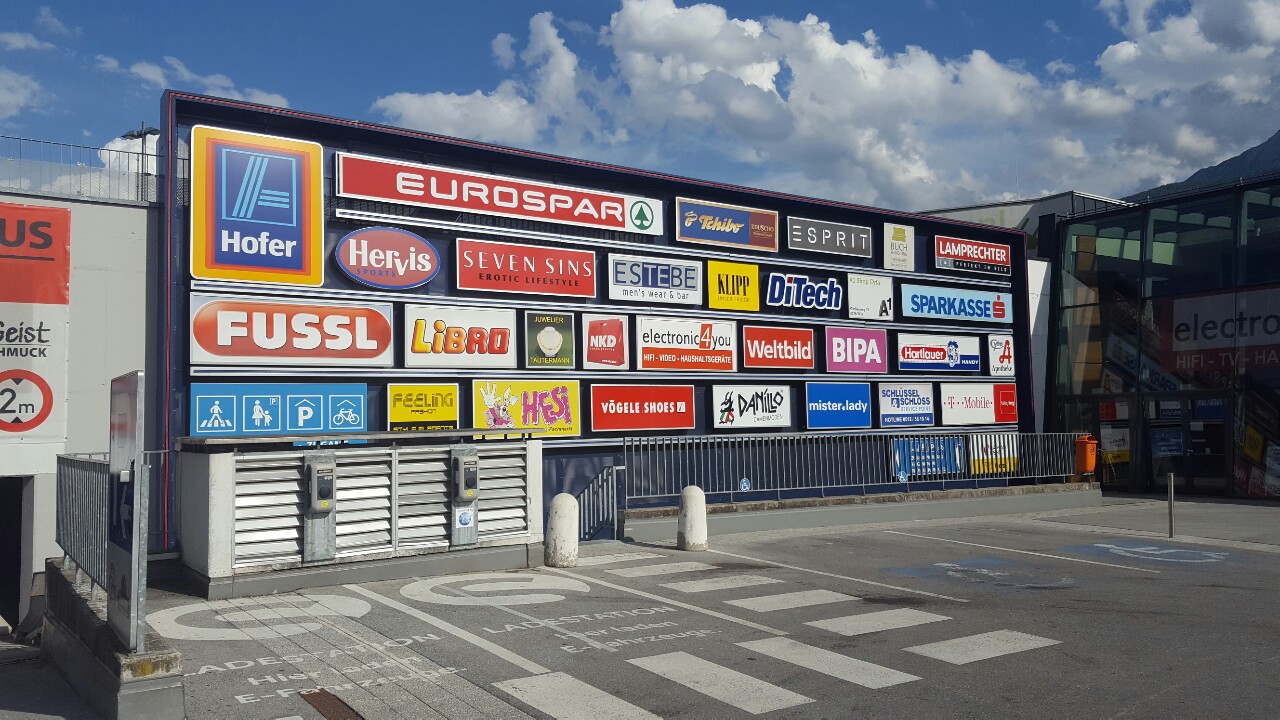 That evening the sun set between the surrounding mountains, casting beams of sunlight across the valley. In the distance there was a huge thunderstorm we could see occasionally flashing between the peaks. 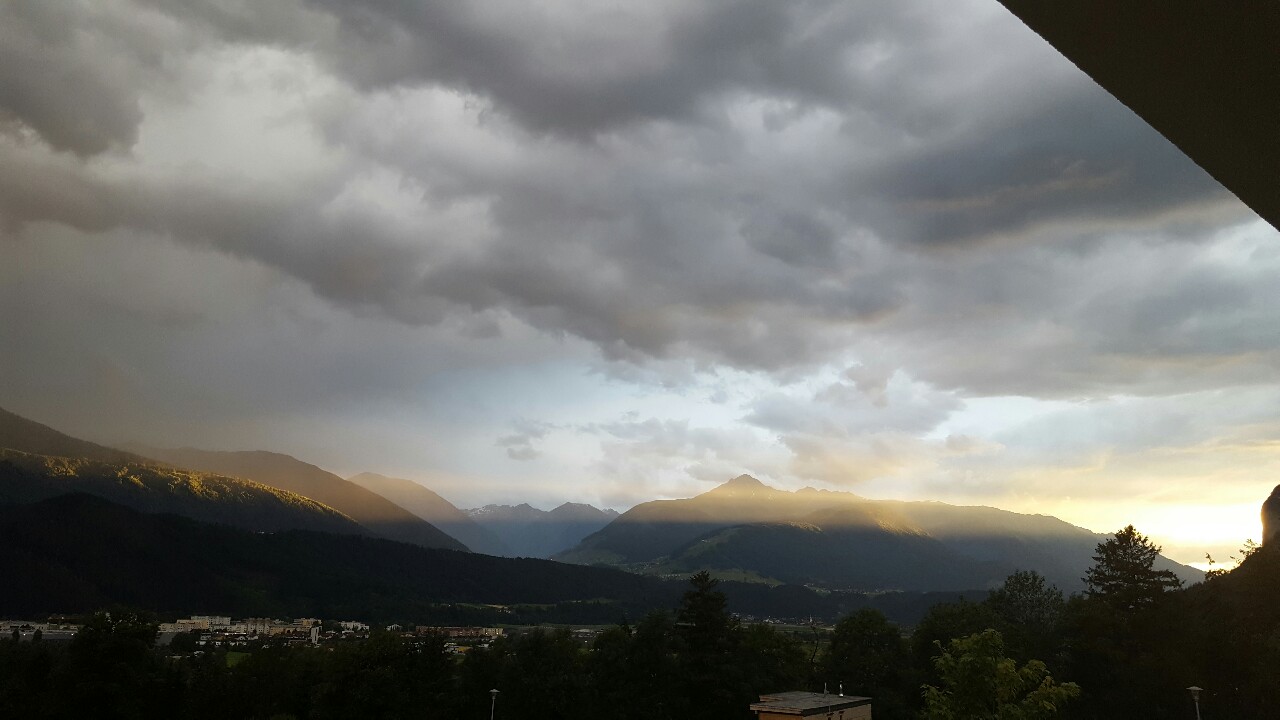 The weather was warm, windy, bright and dark all at once, it was incredible.

Innsbruck was a short drive away, an Austrian man helped us find a parking space. The old part of town was in a stereotypical germanic style, while the rest looked pretty much like a normal city. 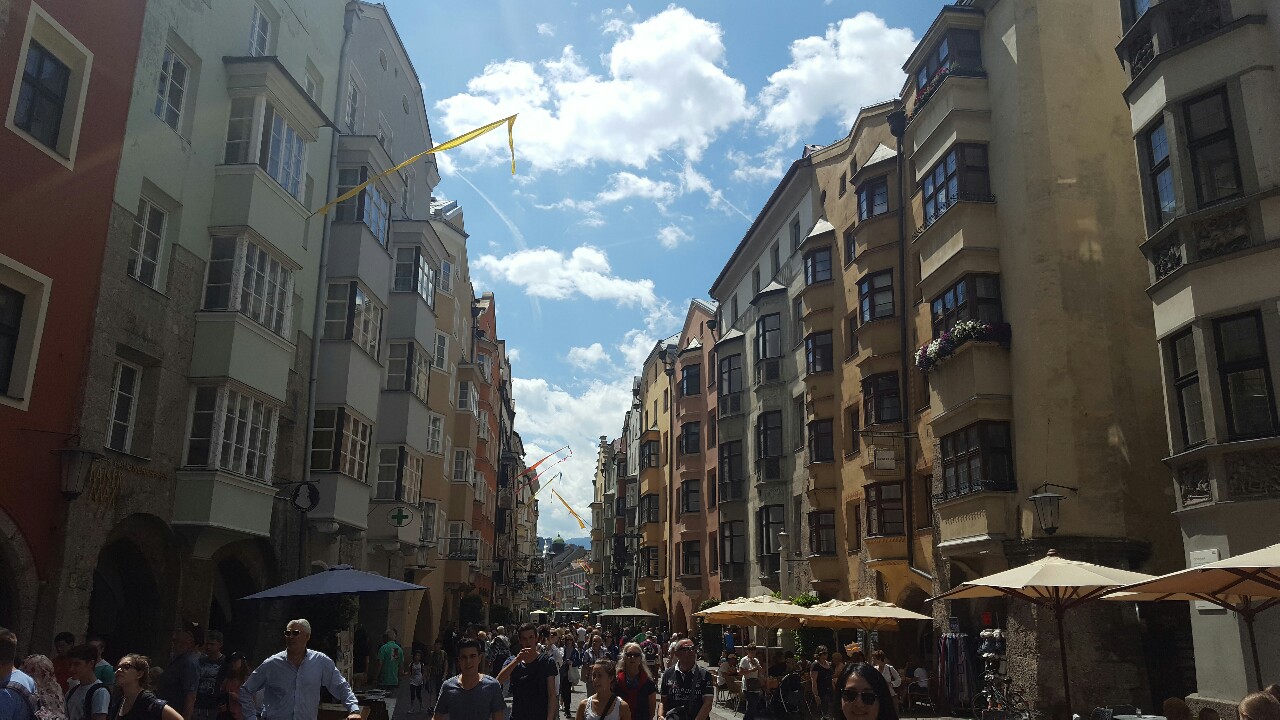 We got some food and watched the horse and cart waiting-lot for a while, each cart seemed to have a totally different horse and driver. One was a stern looking man and a really clean white horse, there was another woman reading a book up in the cart with a mischievous gray horse and behind that there was a woman who brought a little dog along with her while she drove the cart.

We had a walk around the cathedral in the town, there was a huge pipe organ and paintings of each of the stations of the cross.

We drove the van up the mountainside to a cable car station where you could catch a gondola up to one of the mountain peaks called Hafelekarspitze. 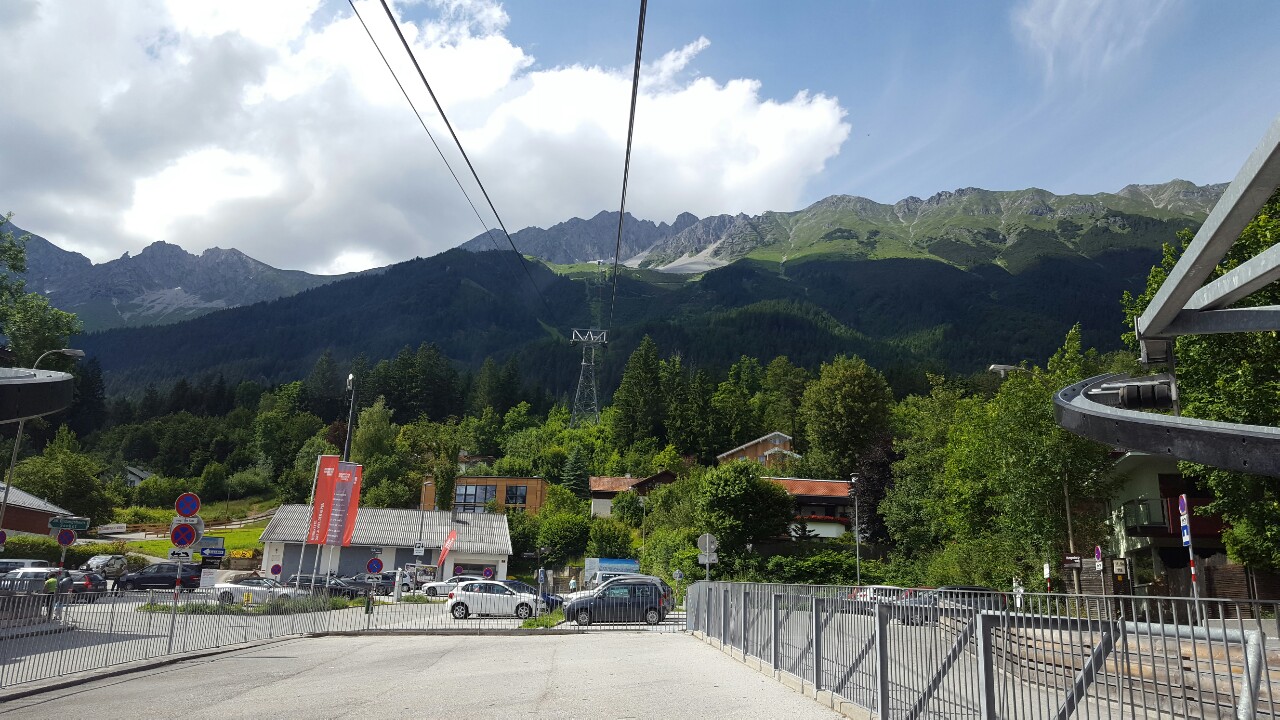 The cable car up to the first station took about 8 mins and the second one took us even further up to the peak, at a height of 2334 m. 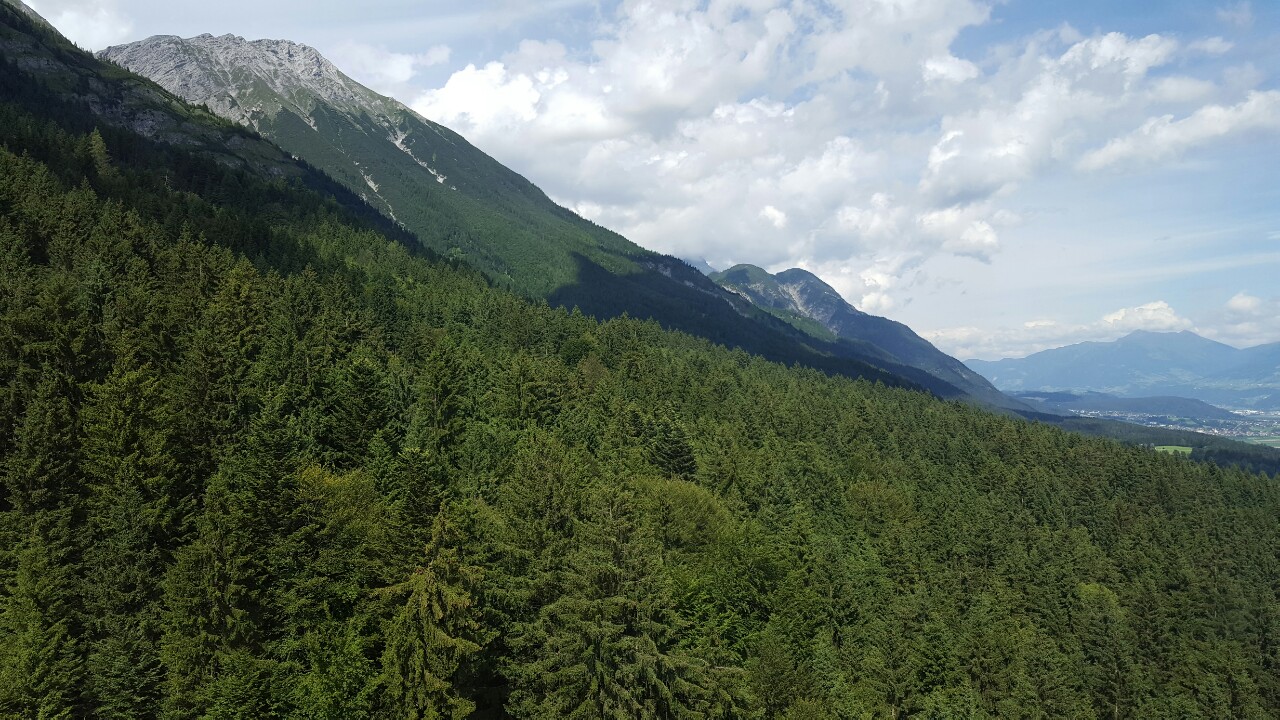 From the top you could see the whole of the valley that Innsbruck was built in and all the surrounding mountains. The wind at the top was freezing, we spent about an hour at the peak. 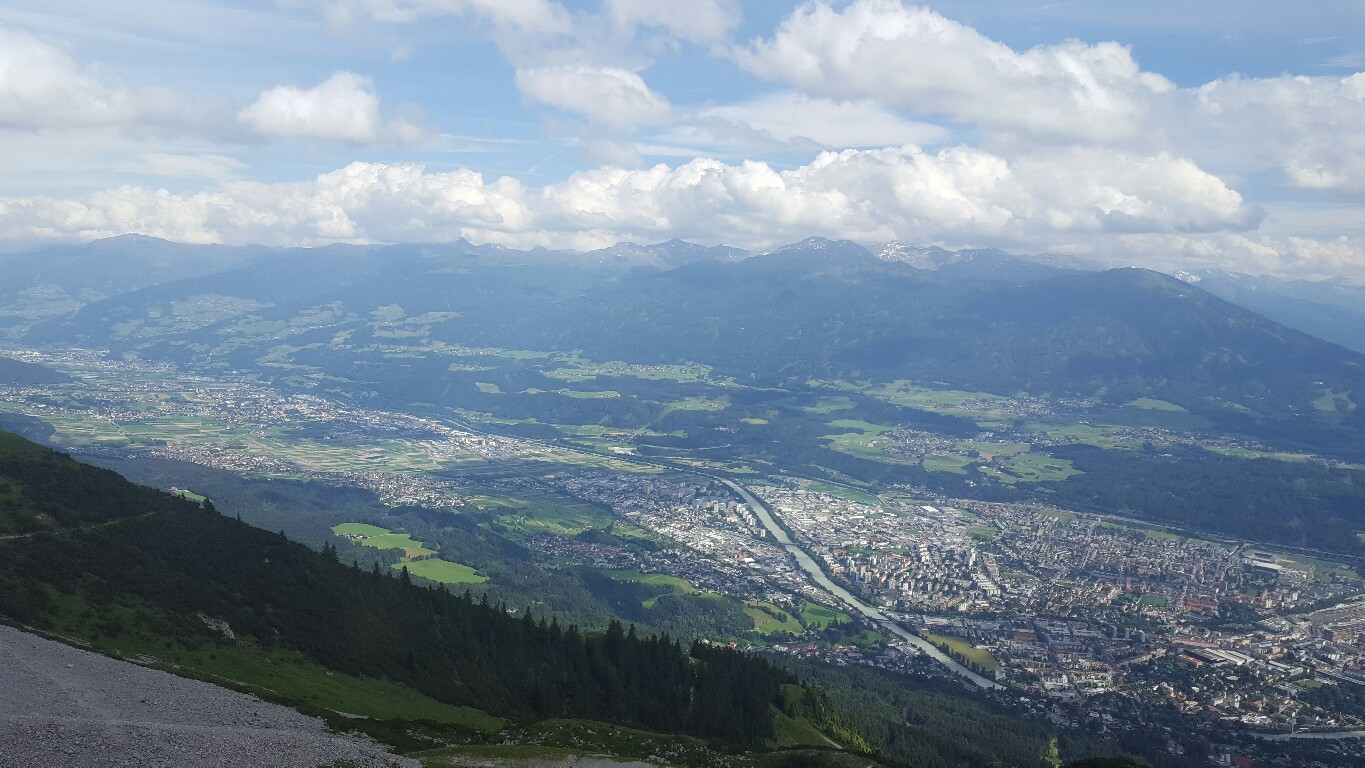 The views from the top were spectacular, something you’d have to see to believe.

On the other side of the mountain to the valley was almost endless jagged mountain tops.

The next day we drove from Austria to a castle in Germany called Neuschwanstein, built by king Ludwig II of Bavaria. The same castle used in Chitty Chitty Bang Bang and the inspiration for the castle in Disney’s Sleeping Beauty. 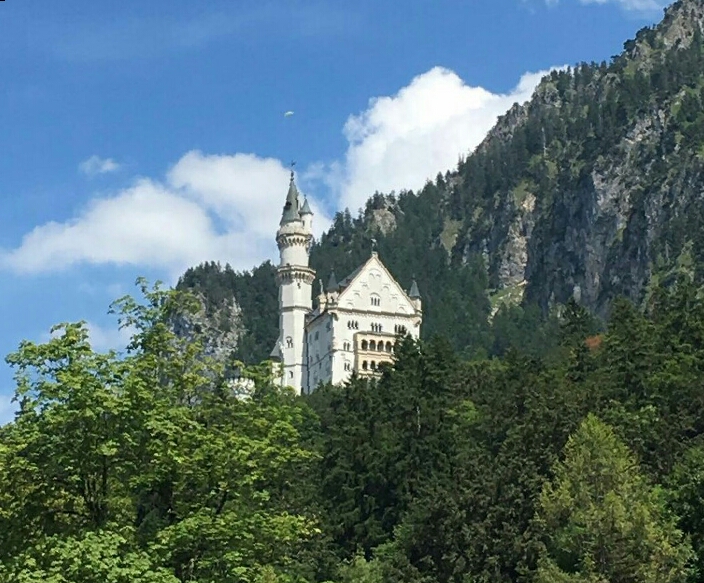 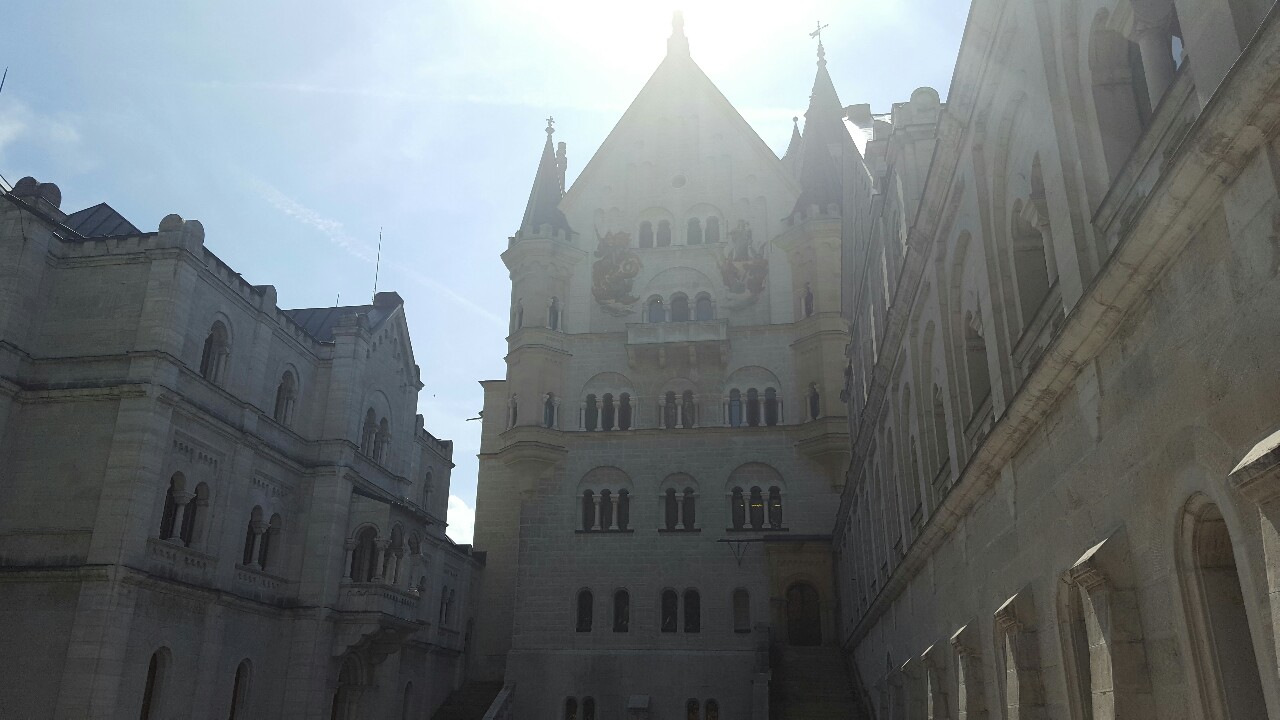 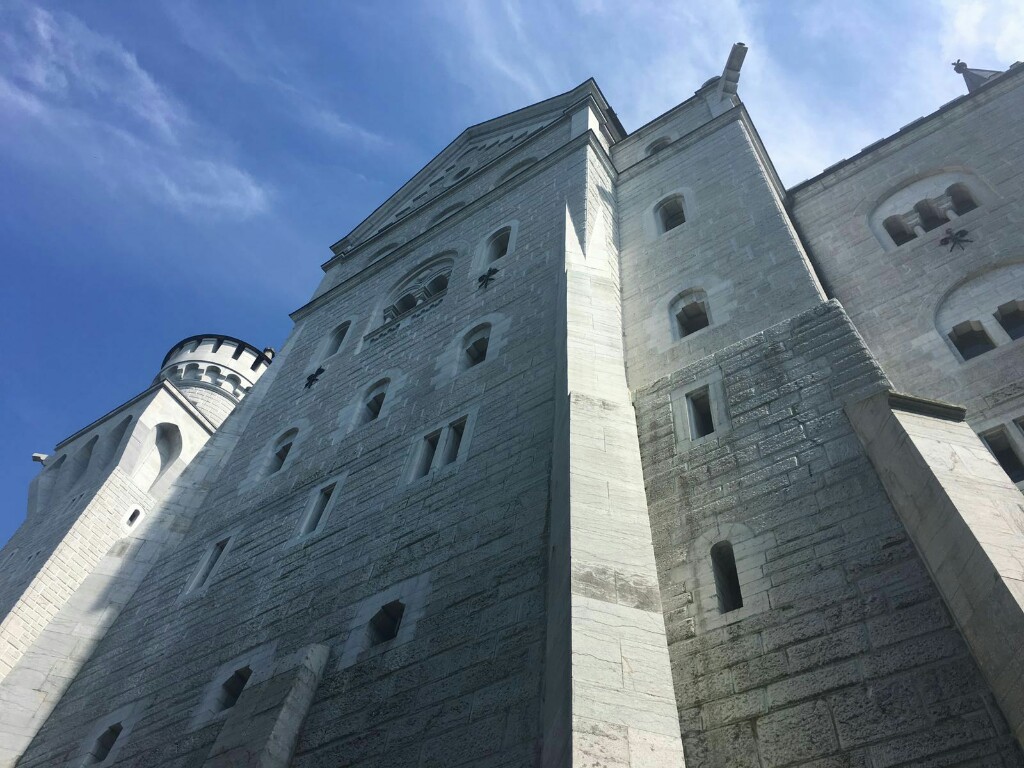 Afterwards we drove towards Stuttgart and took a random turn off at a place called Memmingen where found a campsite. 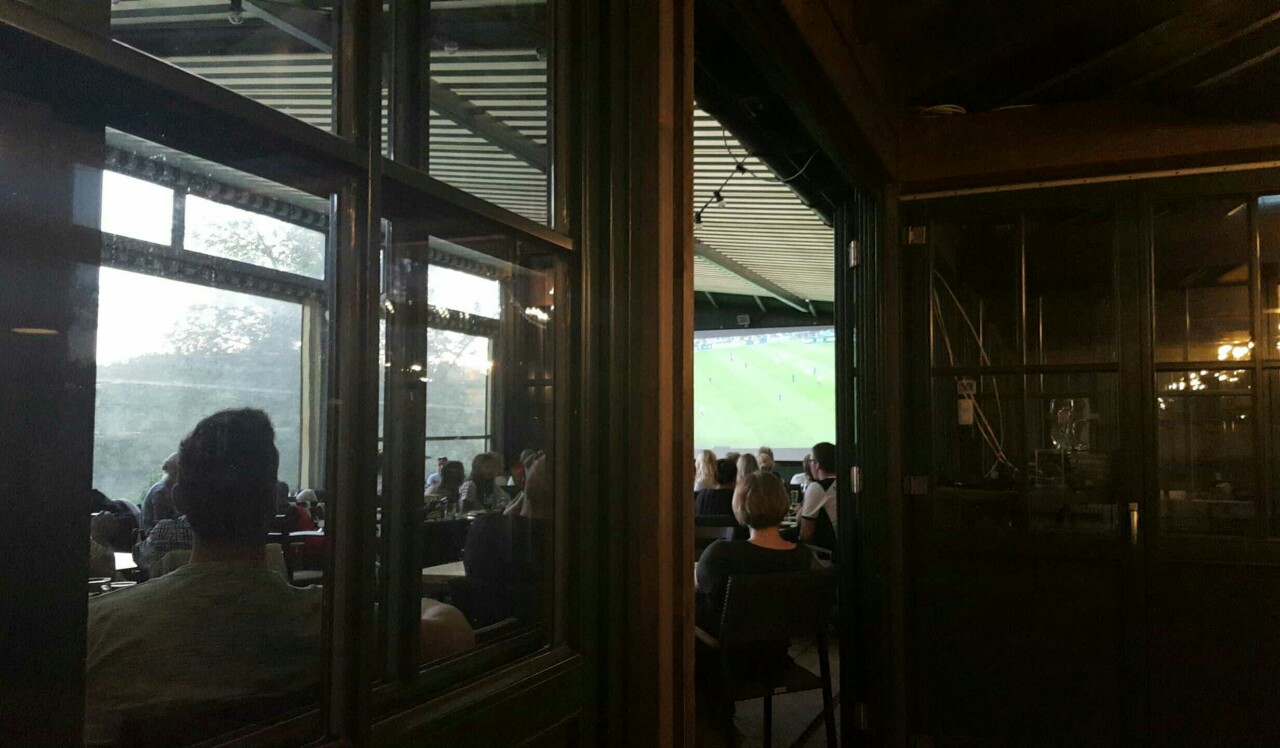 We watched the Ger vs Fra game, hoping for a German win, just to see all the German fans go crazy, but unfortunately it ended 2-0 to France…

In the morning we drove from Germany towards Switzerland, with the aim of getting to the bottom of the Rhine Valley.

We eventually found a campsite near Zürich, but we quickly realised, even after prior warning, that Switzerland would be expensive. We had just enough cash to pay for the space on the campsite, which was also full. 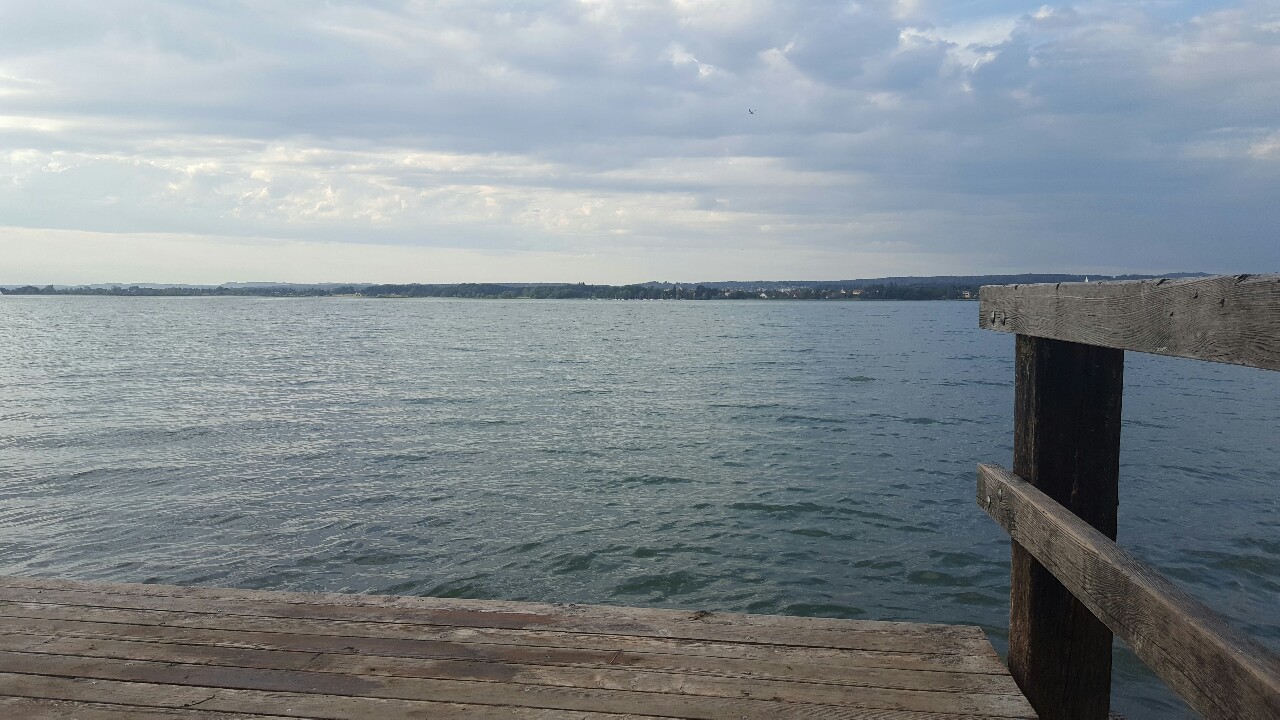 On a positive note the site was right next to a huge lake, where we were able to go for a swim (for free). We decided to move on from Switzerland as soon as possible!

We had a drive into Zürich as it was on the way to the Rhine Valley. It was a pain to even find anywhere to park that didn’t have an expensive parking metre or even cash machines to get money.

We figured there wasn’t a huge amount to see anyway, so headed on back into Germany. We arrived in the small town of Staufen and went for a swim in a nearby outdoor pool. 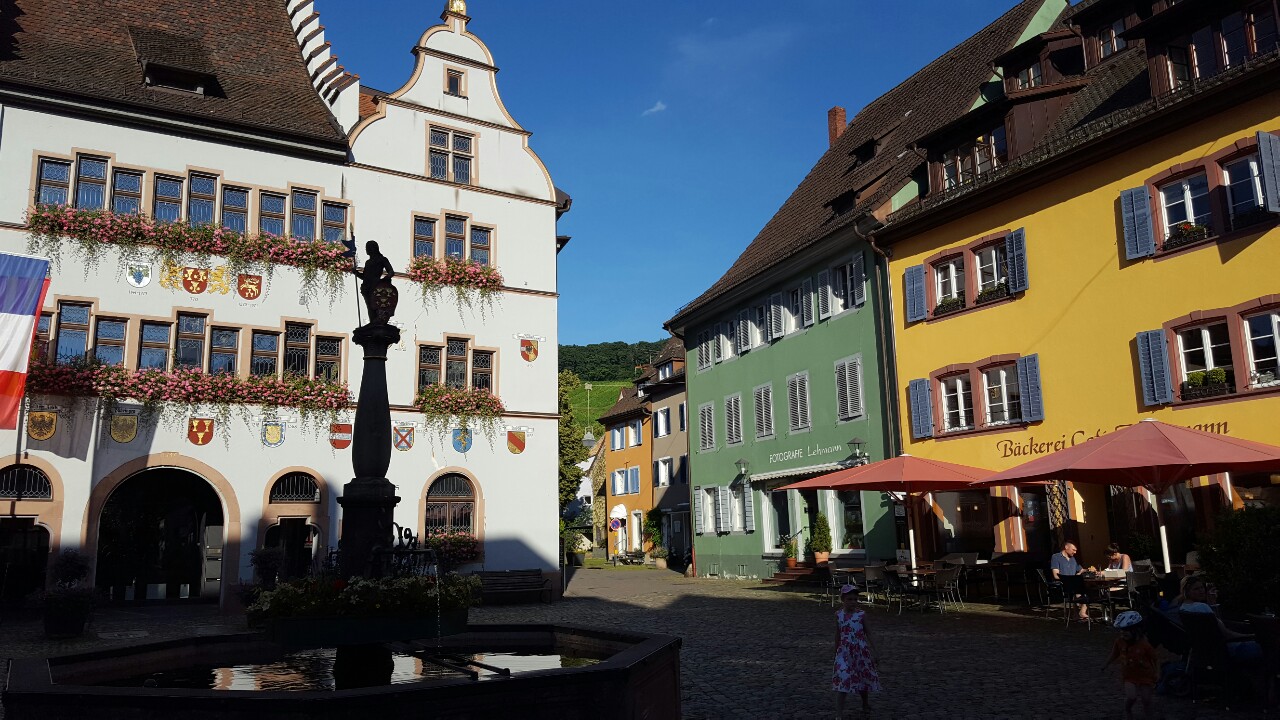 There’s a ruined looking castle on a hill, the town itself also looks pretty old. 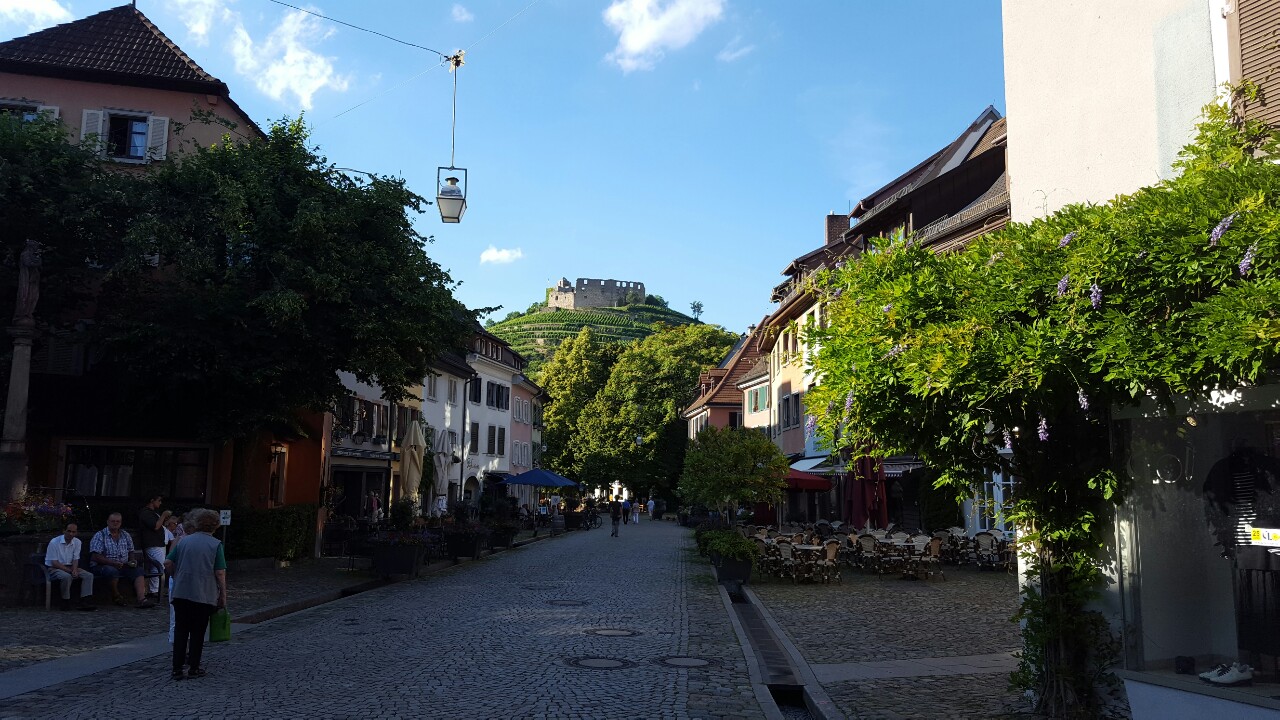 We walked to a pub and had a really good burger and some German bier!